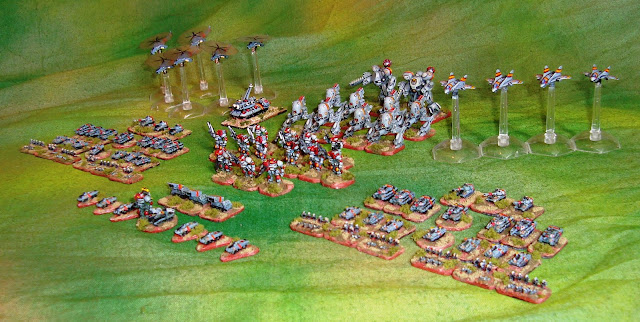 Here's the Grey Army (as yet nameless, though Lukas sent in some good ideas), finally completed for Future War Commander in 1/600 (or 3mm) scale. 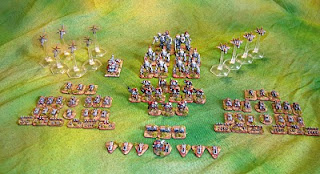 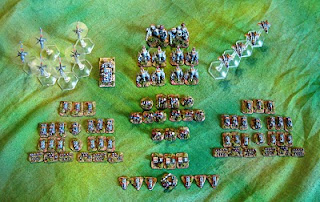 This is the 3rd Combined Arms Combat Team, built around a titan regiment of five squadrons. Each squadron has two troops and there are four light squadrons and one heavy. The grey heavy titans are heavily armored and mount a uniqued area point-defence system which is designed to shoot down missiles and artillery rounds. Their main weapon is a starship-grade particle accelerator. The heavy titans are also HQ units and have an electronic warfare capacity. The light titans are built for speed and are the smallest vehicles in the Human Sphere to mount shield generators. The shield geometries available due to this unique design decision require that the rail gun be slung under the titan's belly rather than mounted on top, where it would be more effective. 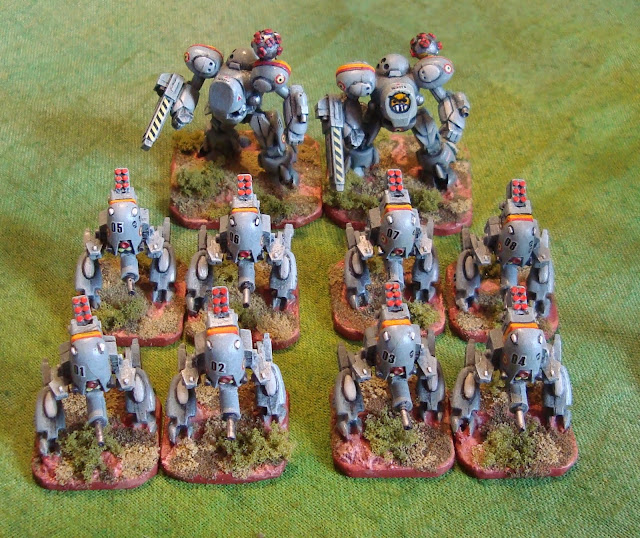 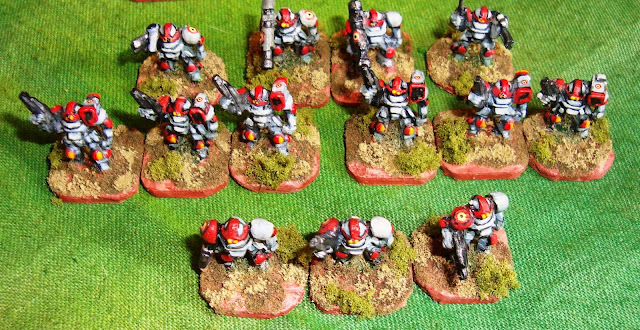 Two conventional combined arms battalions are also part of the team. These are composed of two HQs, six MBTs, 6 IFVs and 6 heavy conventional infantry platoons. A large mobile artillery battery is attached to each battalion and a rocket artillery battery serves as the Team's heavy long-range fire support. Also attached directly to Brigade Headquarters is a armored car recon squadron. Fast recon mechs are on the Grey's "to buy" list. In the meantime, the Grey's command staff is debating attaching a heavy scout squadron to this unit, which would include 3 missile-armed APCs and 3 scout platoons. 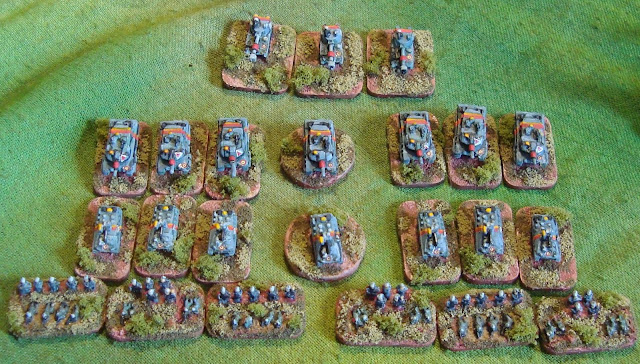 The Team's fourth and final main unit is an air cavalry regiment, made up of six attack helicopter troops. 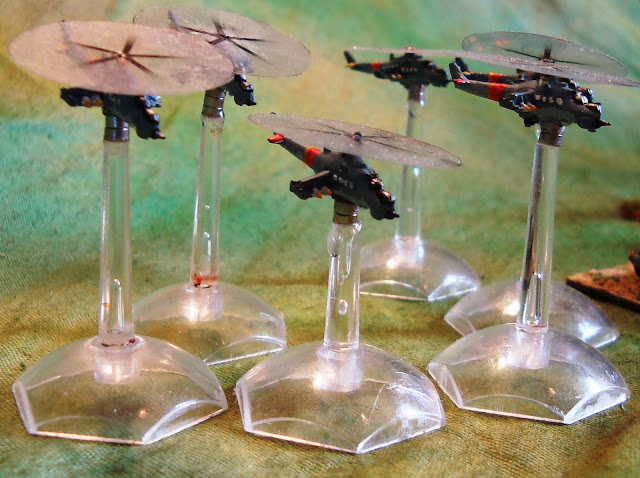 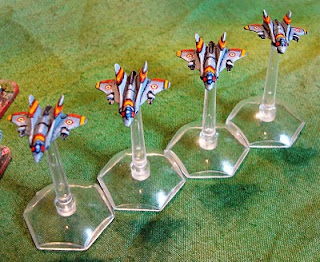 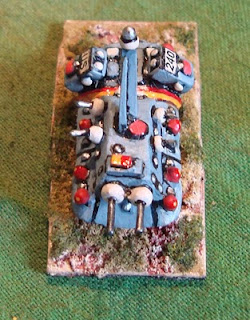 Posted by Thaddeus Gregory Blanchette at 5:54 AM