3mm is something of a maligned scale. If you say you collect, paint and play it, sooner or later some "funny" guy will make a crack about how you can't tell the figures from a grain of rice or a wargames counter.

Haha. Funny and original. These guys....!

Well, here's a couple of comparison shots to show what 3mm really look like. Are they small? Yes. Are they indistinguishable from rice or wargames counters? Only if you're blind and an idiot to boot. 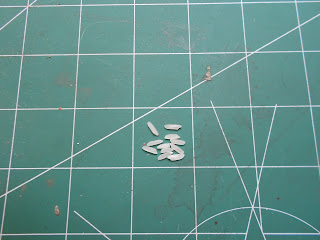 This is rice and a wargames counter... 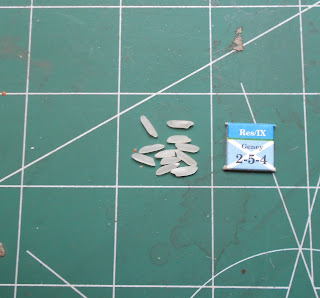 This is rice, a wargames counter, and O8 3mm figures. 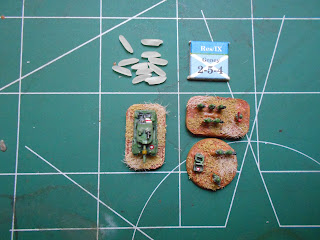 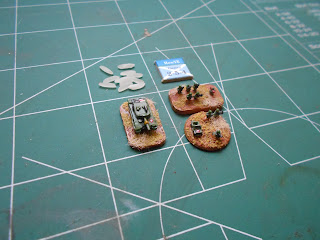 Are 3mm figures as visually impressive as 28mm figures?

Individually, no. Your entire setup, taken as a whole, however, can look just awesome.

Should you care if the figs aren't as individually impressive as larger figures, however?

Right now, I'm getting set to buy two complete Napoleonic armies for Black Powder / LaSalle. They will each contain something on the order of 30 battalions and the whole set up will cost me around 200 USD. The armies can be played on my coffee table - a 2 ft x 3 ft expanse - with plenty of room for manuever. They can be stored in cigar boxes. And the game looks just fine.

I'm not a middle-aged American man living in a suburb. I live in an apartment in Rio de Janeiro. Space is tight. Money is tighter. 3mm allows me to play beautiful-looking, epic battles on a budget and store everything (including paints, terrain modules, and flocking) in a single bookshelf unit.

So are they harder to paint?

I'm 45 and my eyes are going. Still, by using basic wash and drybrush techniques, I can paint an army to a table standard in the space of an hour or two. By spending half the ammount of time I would use on 15mm figs, I can do much better than that, as these figs are incredibly detailed for their size. And sure, while getting some of the small details can be a pain, so can painting the belt buckles on your 15mm knights.

One final advantage to 3mm: it allows you to collect armies and periods you'd otherwise ignore. As I mentioned above, I'm now diving into Napoleonics, a period I'd avoided so far in my miniatures collecting life due to costs and complexity. 3mm, however, lets me play large games at low cost and with a very small storage footprint.

Finally, it should be mentioned that O8's 3mm stuff is an order of magnitude beyond Irregular's 2mm stuff. Not only does the extra millimeter allow for much more detail, O8's sculptors are simply much better than Irregular's.

I urge you to give O8's 3mm figures a try! Use them to do a periopd or army you've always wanted to dabble in, but couldn't afford. You'll be surprised at how beautiful and functional this scale is!
Posted by Thaddeus Gregory Blanchette at 4:57 AM