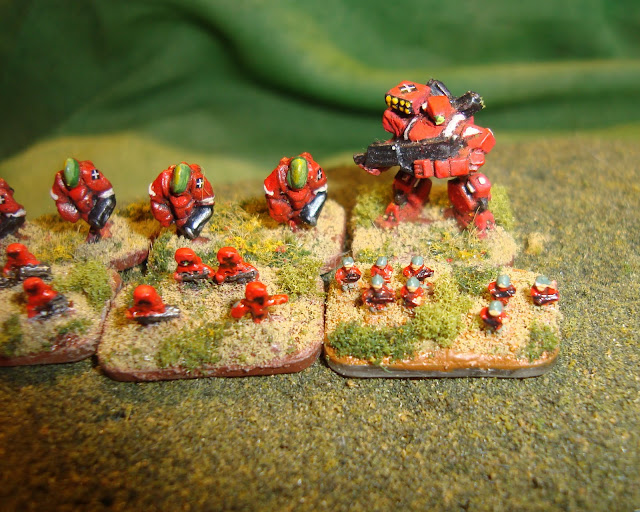 Here are some a size comparisons shot to show the kinds of units I'm working with in 3mm for Future War Commander! 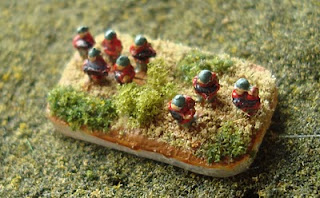 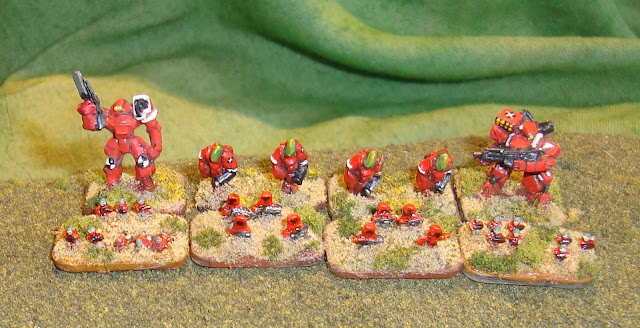 Same line up, this time doubled and with a GZG "Hound Dog" walker on the left (also by Germy Bugger). You'll notice that the infantry have found time to use their hankies and clean themselves up here. 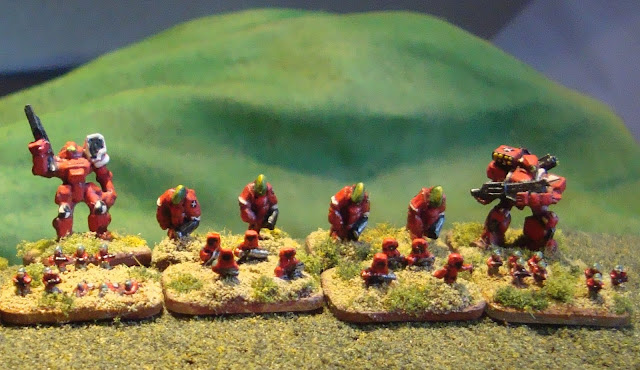 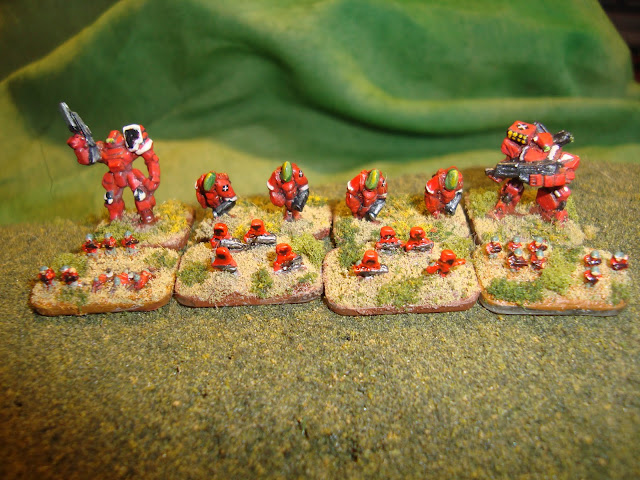 Two pictures of the same crew from different angles and in different lighting conditions. 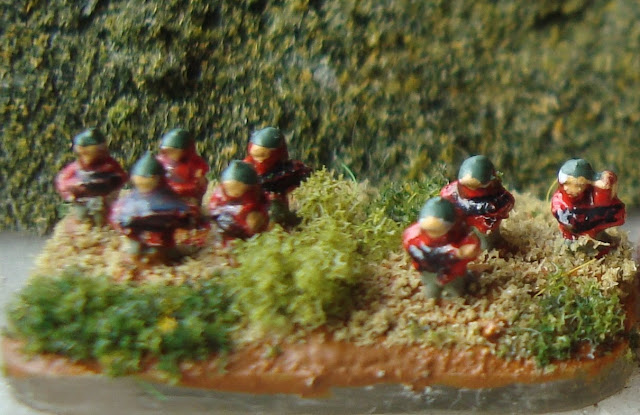 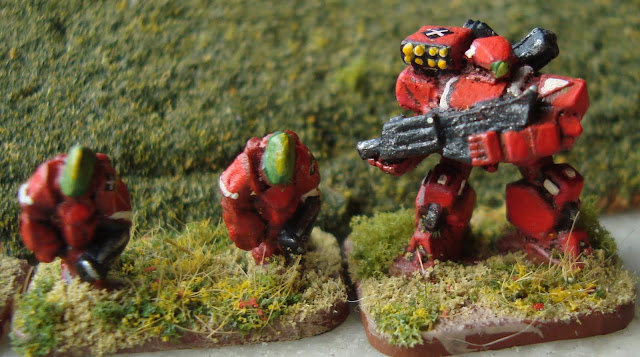 Two power armor troopers and a mecha. In the game scale of 1/600, the power armor is about 5.5 meters tall, the mecha about 9-10.
And here are three shots of my power armor battalion's command stand. I attempted to make a mini-diorama. The commander pops the cockpit on his armor to oversee two armored infantry soldiers as they field strip the remains of a destroyed power armor suit: 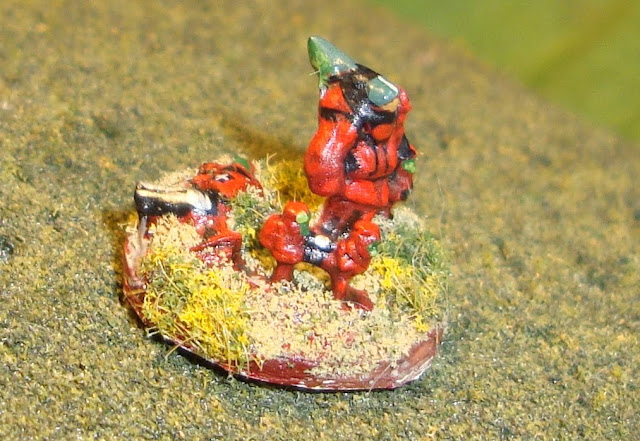 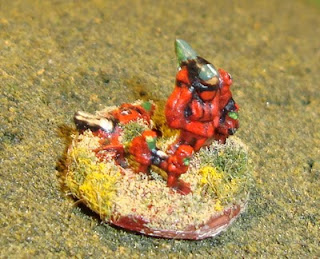 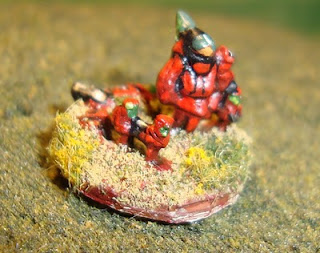 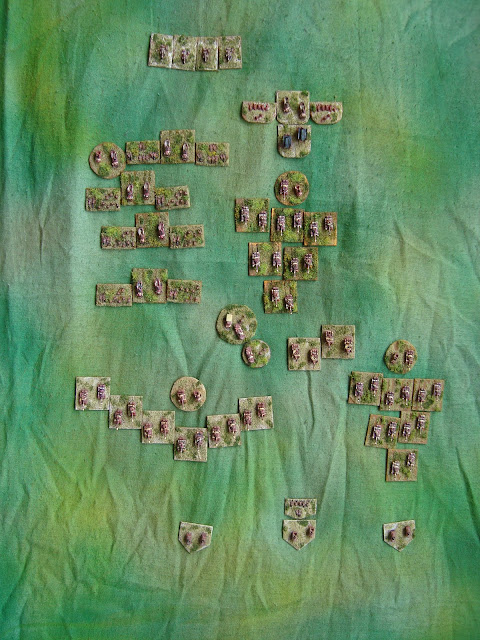 Here're the first shots of the Big Red tank regiment. This unit has three battalions of tanks (1 HQ and 6 T-54 ea.), one battalion of mechanized infantry (1, HQ, 4 BTR-152s, 6 Infantry and 2 Machineguns) and supporting units (an heavy assault gun battery, a recon company and an engineering company). A battalion of 122mm towed artillery has also been attached.

The light on these photos isn't the greatest and, now that I'm looking at them up close, I notice that I need to brush some excess flocking off some of the figs. Anyhow, here they are... 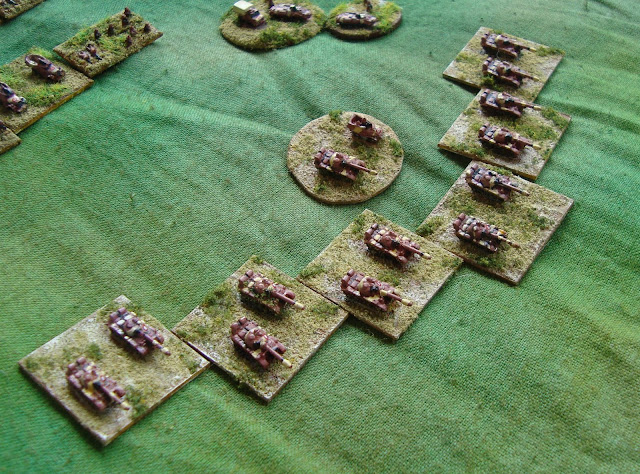 1st tank battalion. I really like how the bases turned out on this group! 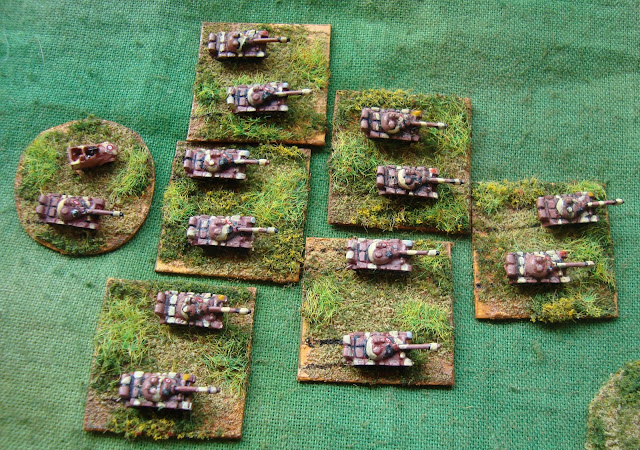 3rd Tank Battalion. Each battalion is based slightly differently for easy distinction on the battlefield. 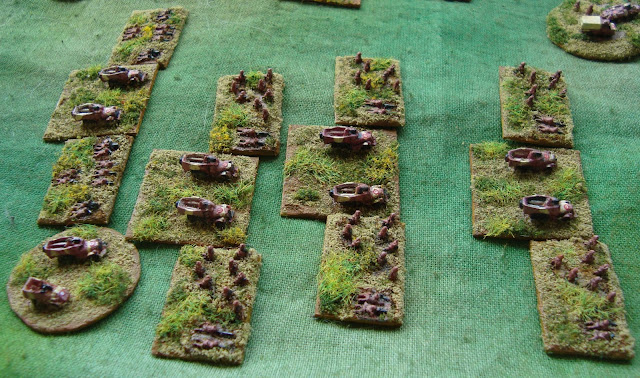 Headquarters and assault gun battery.
Posted by Thaddeus Gregory Blanchette at 11:34 AM 2 comments: