Here are some pictures from my first 3mm Ogre Miniatures game. The conventional armor is all Oddzial Osmy and the Ogres are Plasmablast conversions. The scenario was a heavy Combine armor strike against an extended Paneuropean front. The Combine's goal was to destroy the city at mid-table on the Paneuro baseline. They almost made it.

I used my home-brewed drone and mine rules. They seemed to work fairly well. The mines in particular slowed the Combine down a turn and led directly to the Pansie victory. 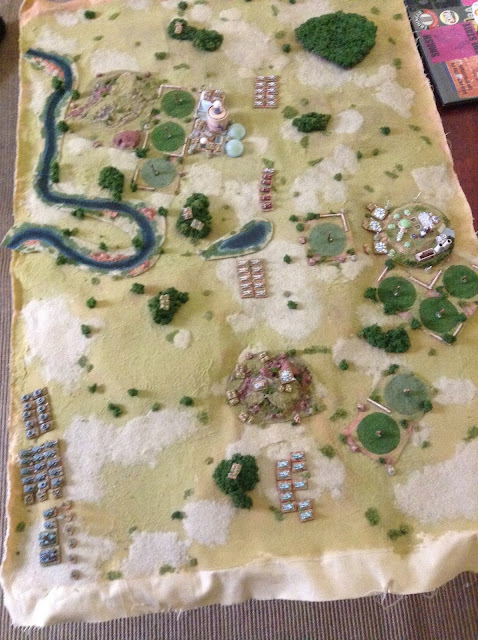 The table at start, as seen from above. 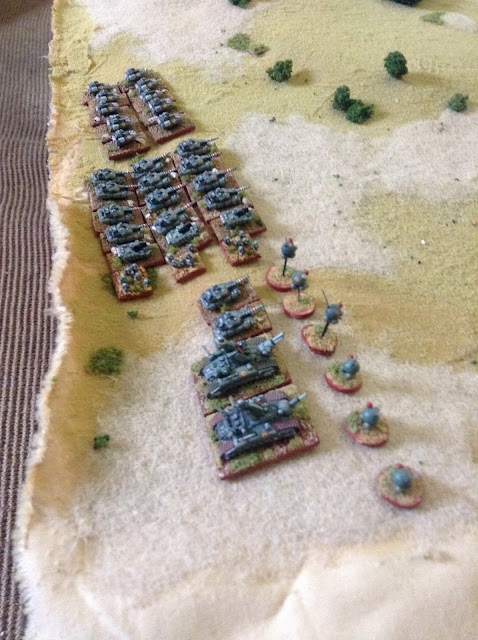 The Combine forces: Ogres Mama Spank and Nervous George (with a full compliment of drones) are accompanied by a heavy armor battalion and a GEV strike company. 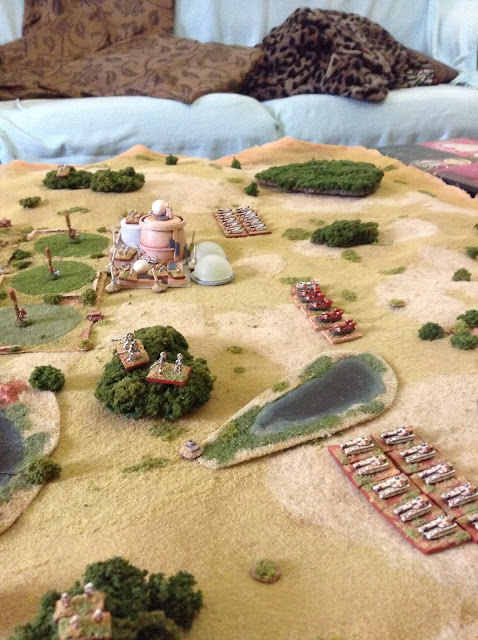 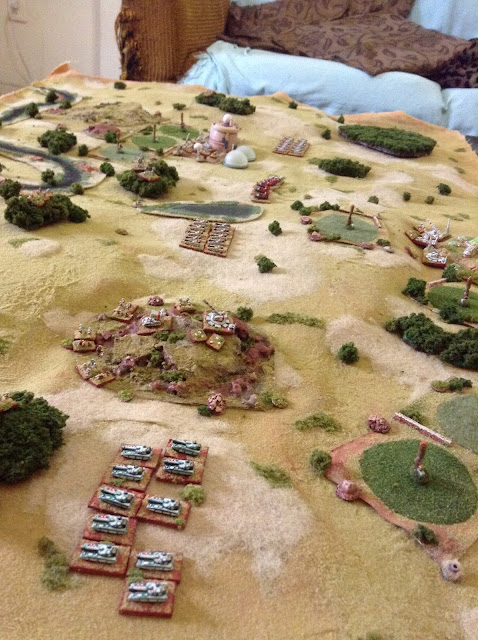 The Pansies stand ready with an entire heavy armored battalion with an infantry battalion and a howitzer battery in support. 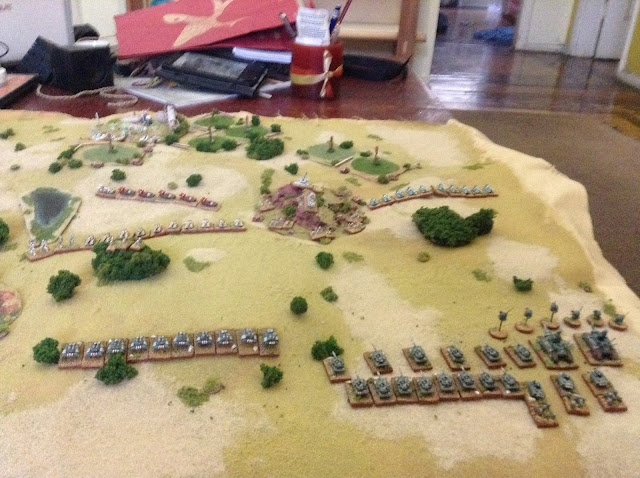 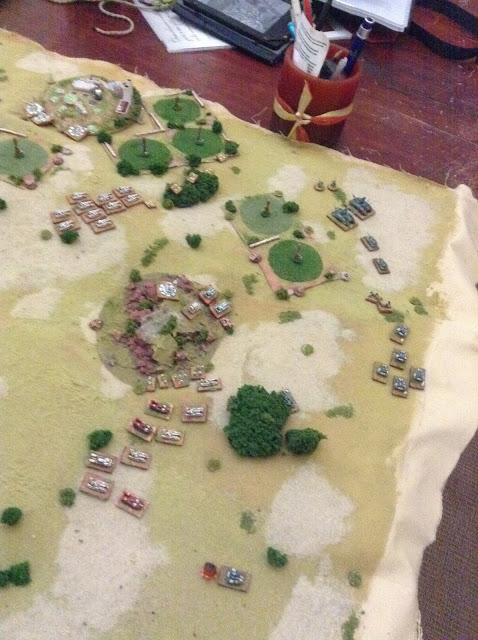 The Combine hooks right and the Paneuropeans scramble to meet them. 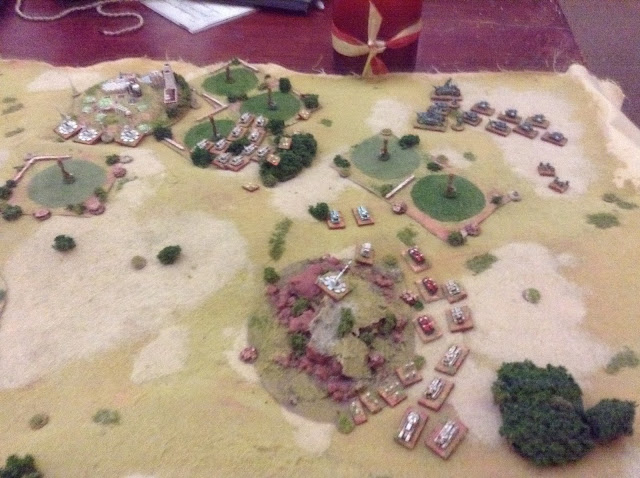 Game over, man. The Ogres eventually grind to a halt in the Paneuropean minefields just in front of the city.


I've mostly been concentrating on 2mm and 3mm Napoleonics this year, following the release of Blucher. That doesn't mean I haven't had time to paint up some Ogre Minis, however. Here's an overview of what's been done with the Paneuropeans so far... 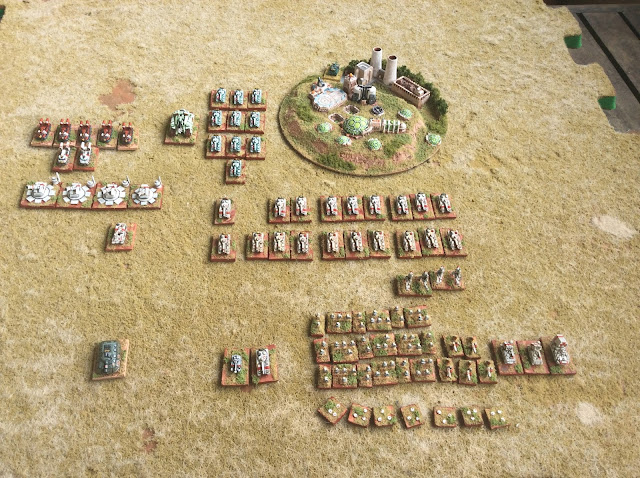 Here's the better part of a Paneuropean armored battalion near a city. Tanks are all O8 except for a Plasmablast cybertank in the back left. 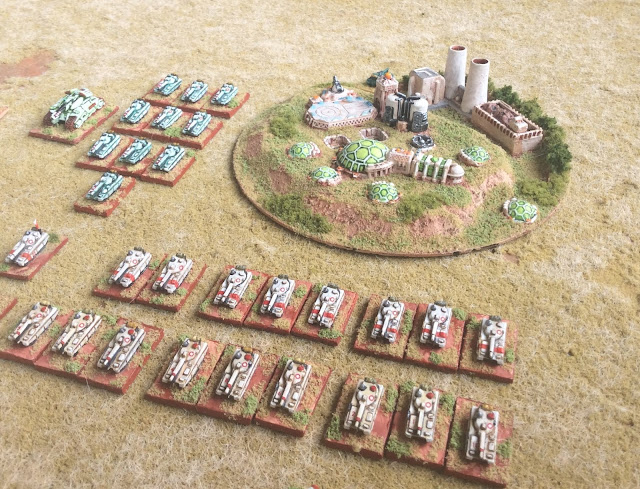 Here are the Ogre/GEV conventional unit types I have so far:

Going from right to left we have power armor, a light tank (actually a French AMX-90 with plasticard side skirts added on), a heavy tank, a GEV, a GEV-PC, a Missile Tank, a Mobile Howitzer and a Howitzer (kit-bashed from plasticard and the spare cannon barrel that comes with the mobile howitzer). 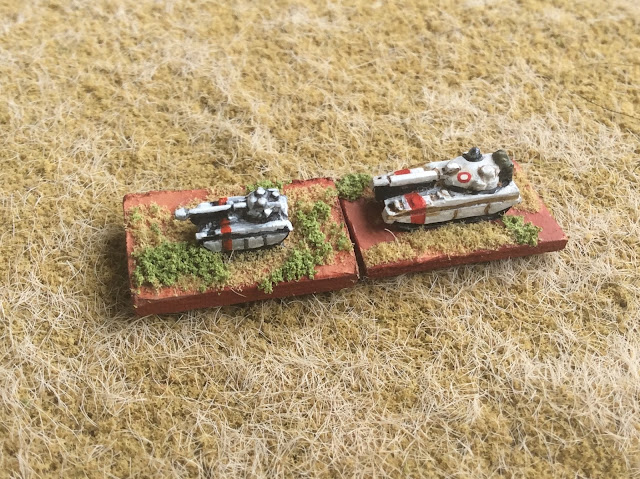 A close-up of the light tank and the heavy tank. The heavy used to be my "lights", but I decided to change this after hearing Mathieu Moyen was going with British Scorpions as his Lights. The O8 "Aliens Universe" tank is too much like a Combine Heavy to want to use it for anything else. And that's when I realized that I have a bunch of AMX-90s going unused. I cut thin plasticard strips at 2mm x 8mm and glued them over the treads. Sure enough: they look acceptably sci-fi and their size is spot on. 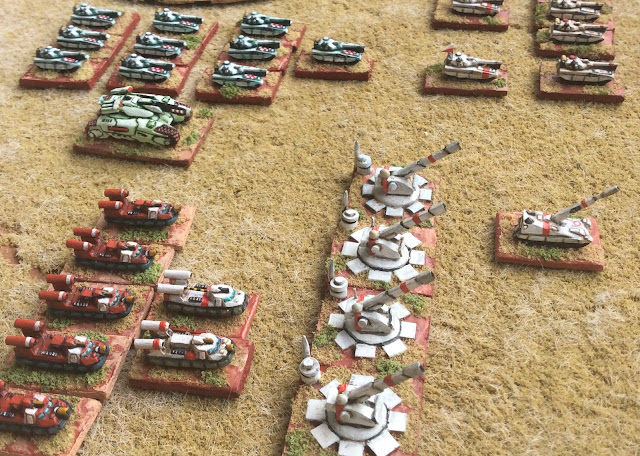 Above , we see a howitzer battery and the command troop of the 1st Polish Lancers. In the back left, you can see a cybertank, made from a Plasmablast 6mm Marhaf Legion model. This is going to be a cybertank destroyer in my Ogre-inspired miniatures rules, Luftpanzer. 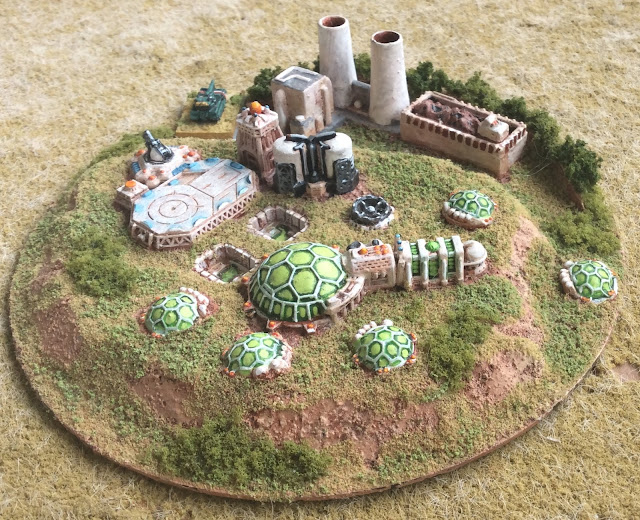 A city, made out of Spartan Games discontinued "base" pieces for their space combat game. Also, some Monopoly City pieces. All gluesd down to a CD base. 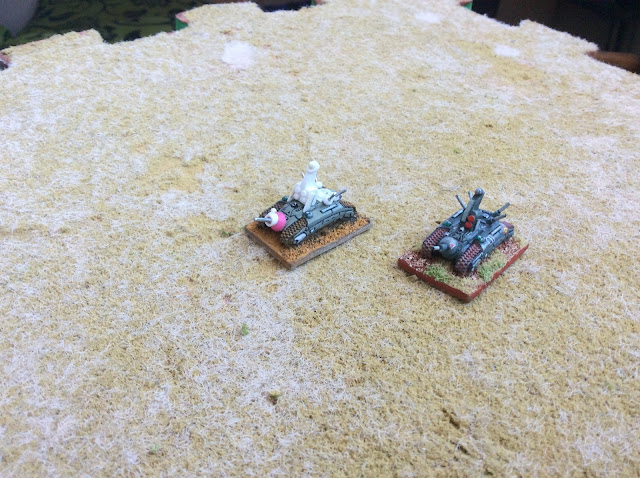 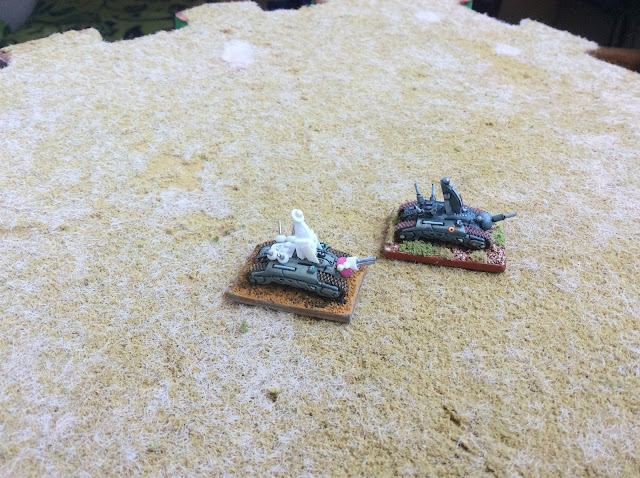 I can't recall if I posted these before. This shows how I converted a Plasmablast tank into an Ogre.

Well, that's it for now! Hopefully this project will be up and running by Christmas!


Posted by Thaddeus Gregory Blanchette at 7:50 AM 8 comments: