This is just a piss-poor job of basing and prepping. Whoever did this should be ashamed! They didn't even give it a once over with a file, for fuck's sake! 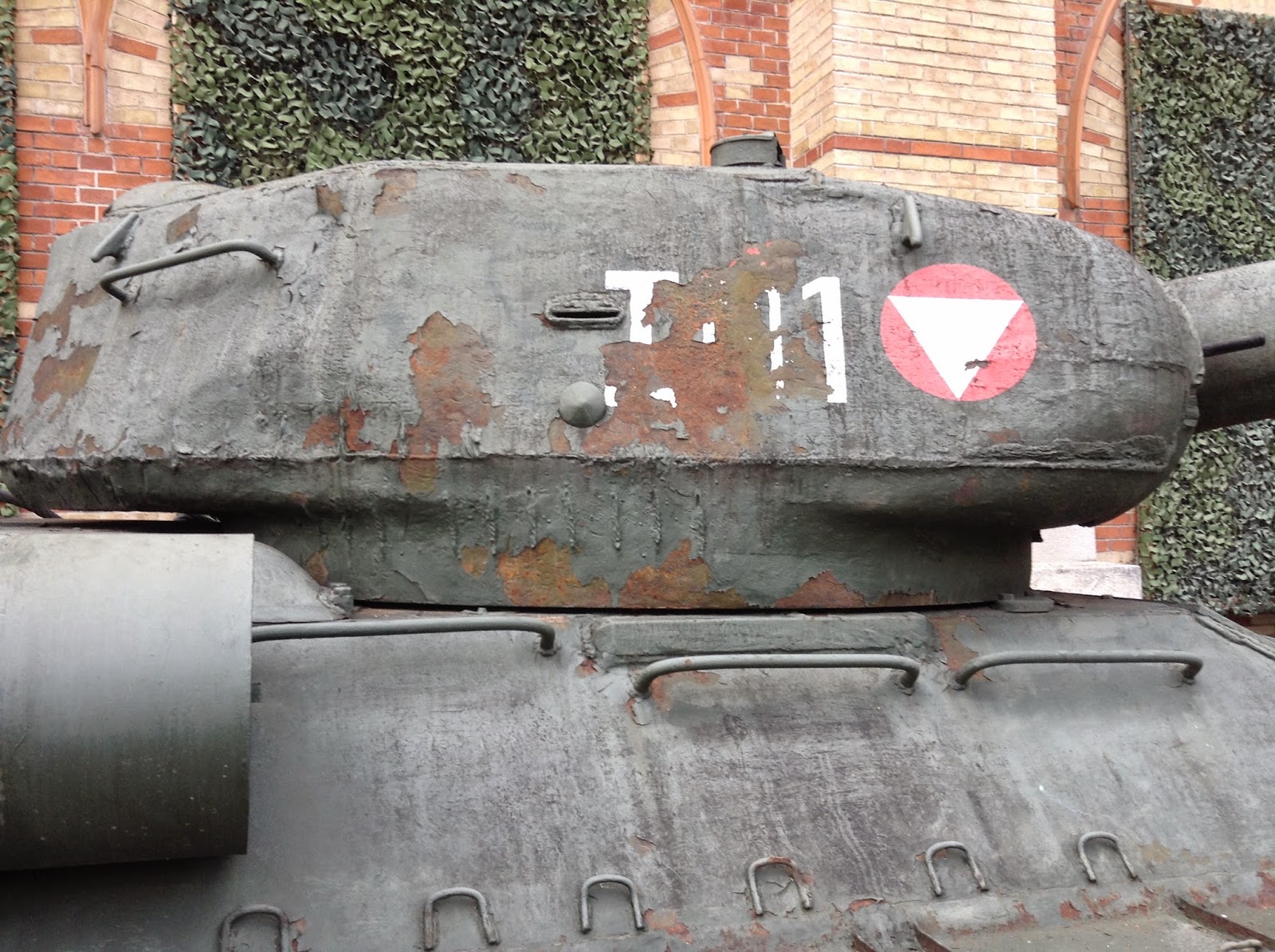 I am heading off to a conference, so I can't get up many more photos for awhile. But here some pictures of the1813 French Imperial Guard for Blucher. As always, once I got the photos up, I saw the errors: for some reason, one of the Young Guard artillery units is Polish. I need to do some relabeling on the Guard infantry, too. Sigh.

Note thst some errors, like the two Flanquer brigades and red plumes for all the Guards. I did these just for esthetic purposes: more color is always good in the picoscales.

Other than that, though I think these are pretty good. 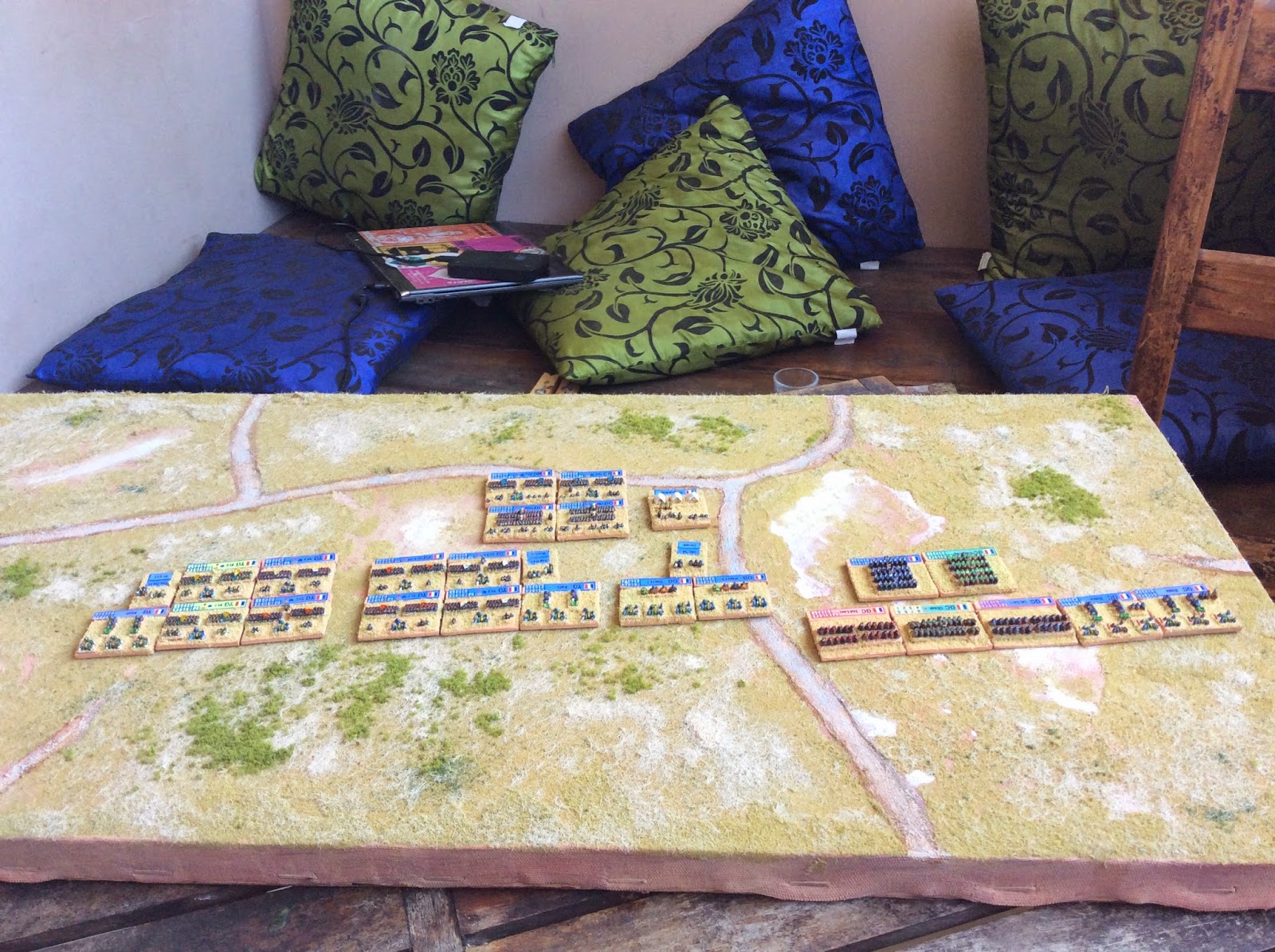 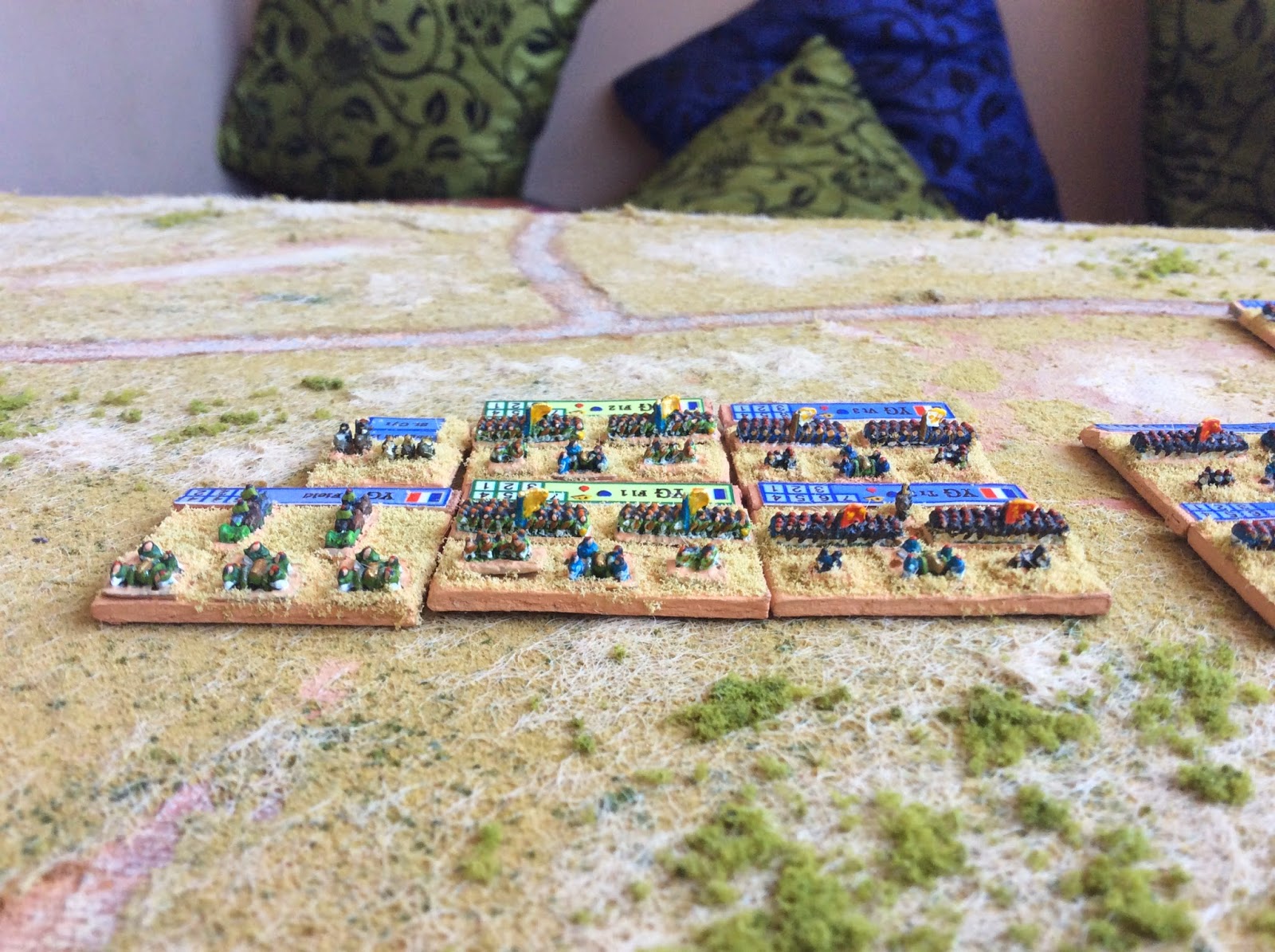 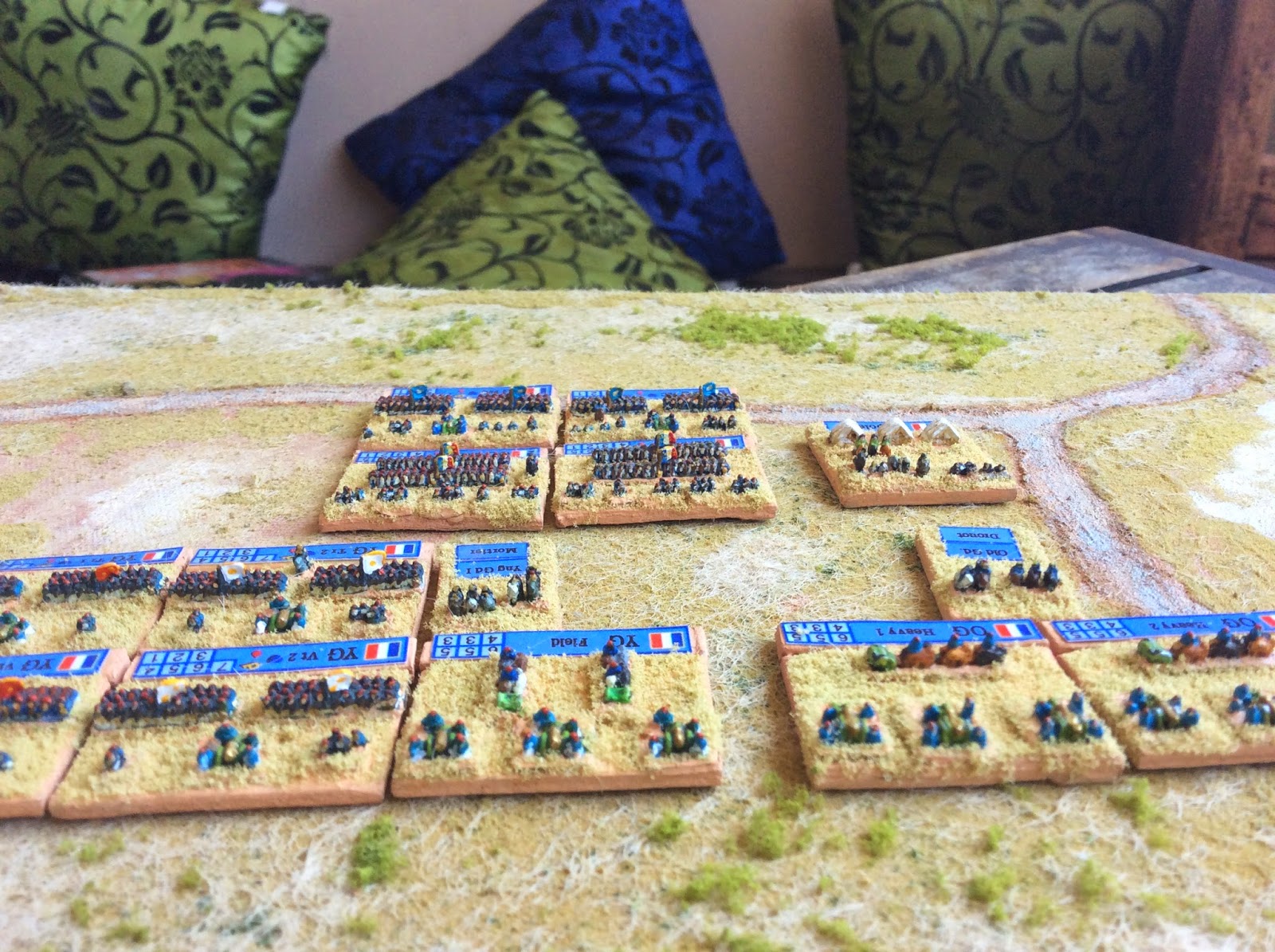 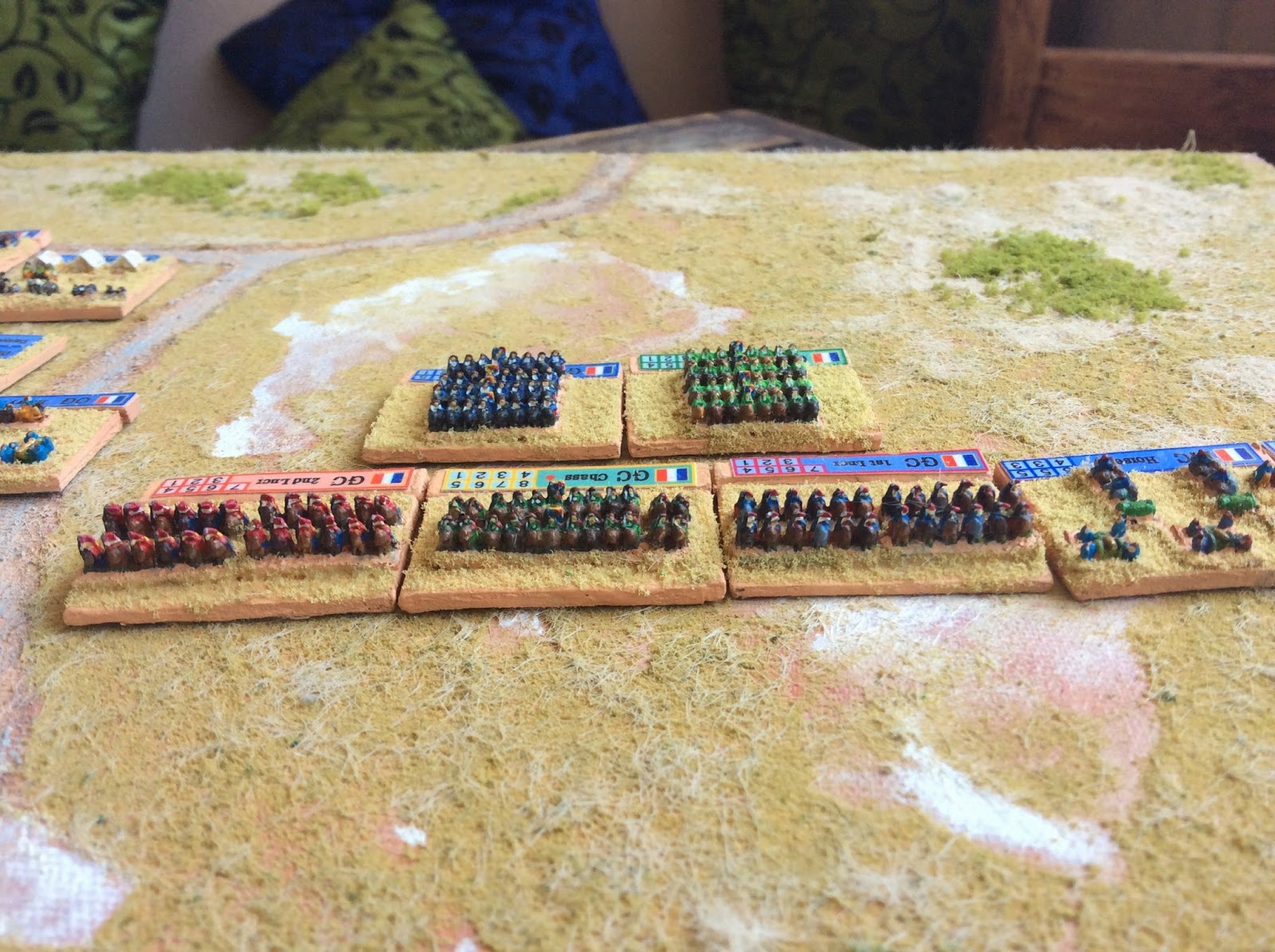 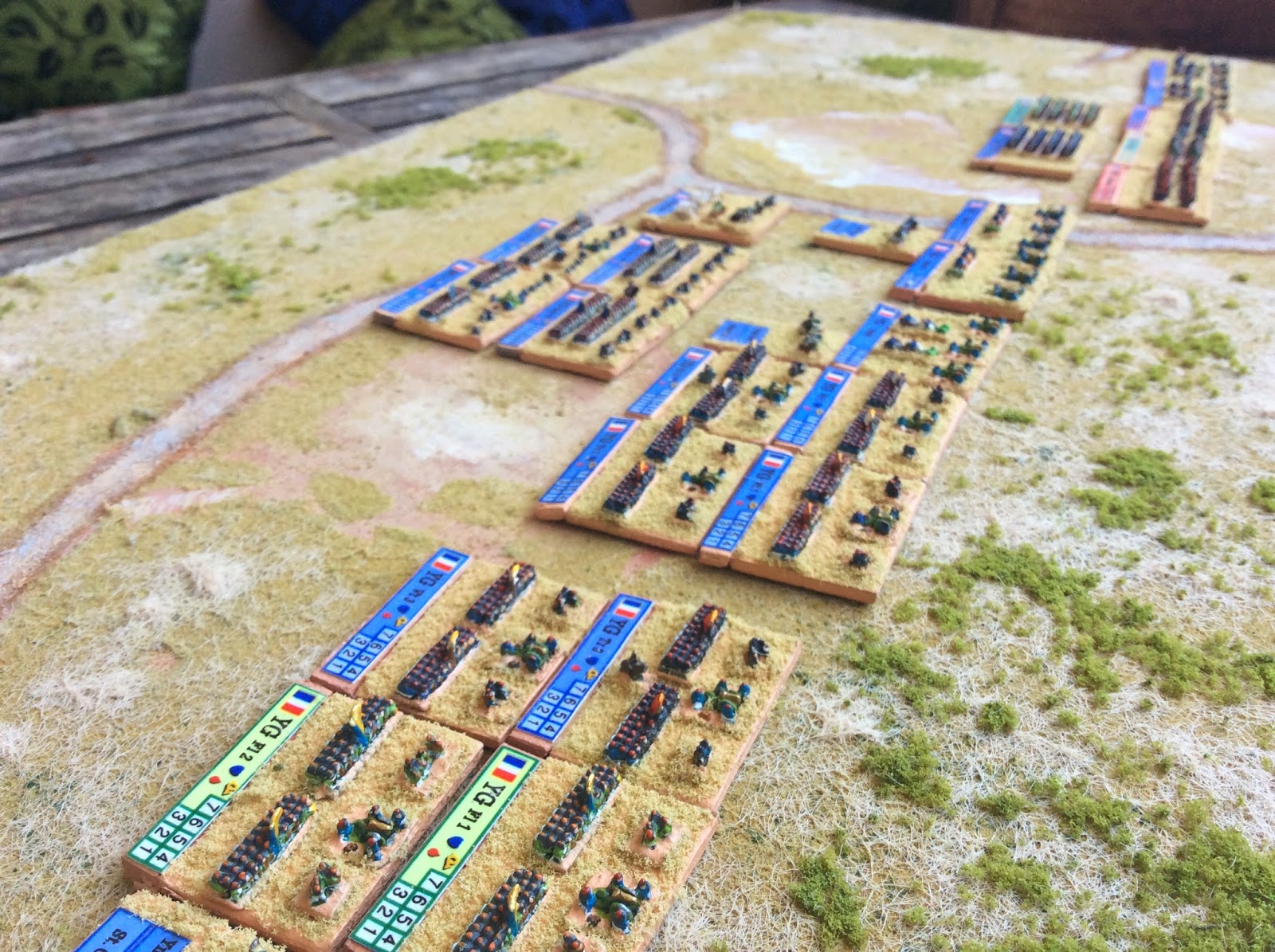 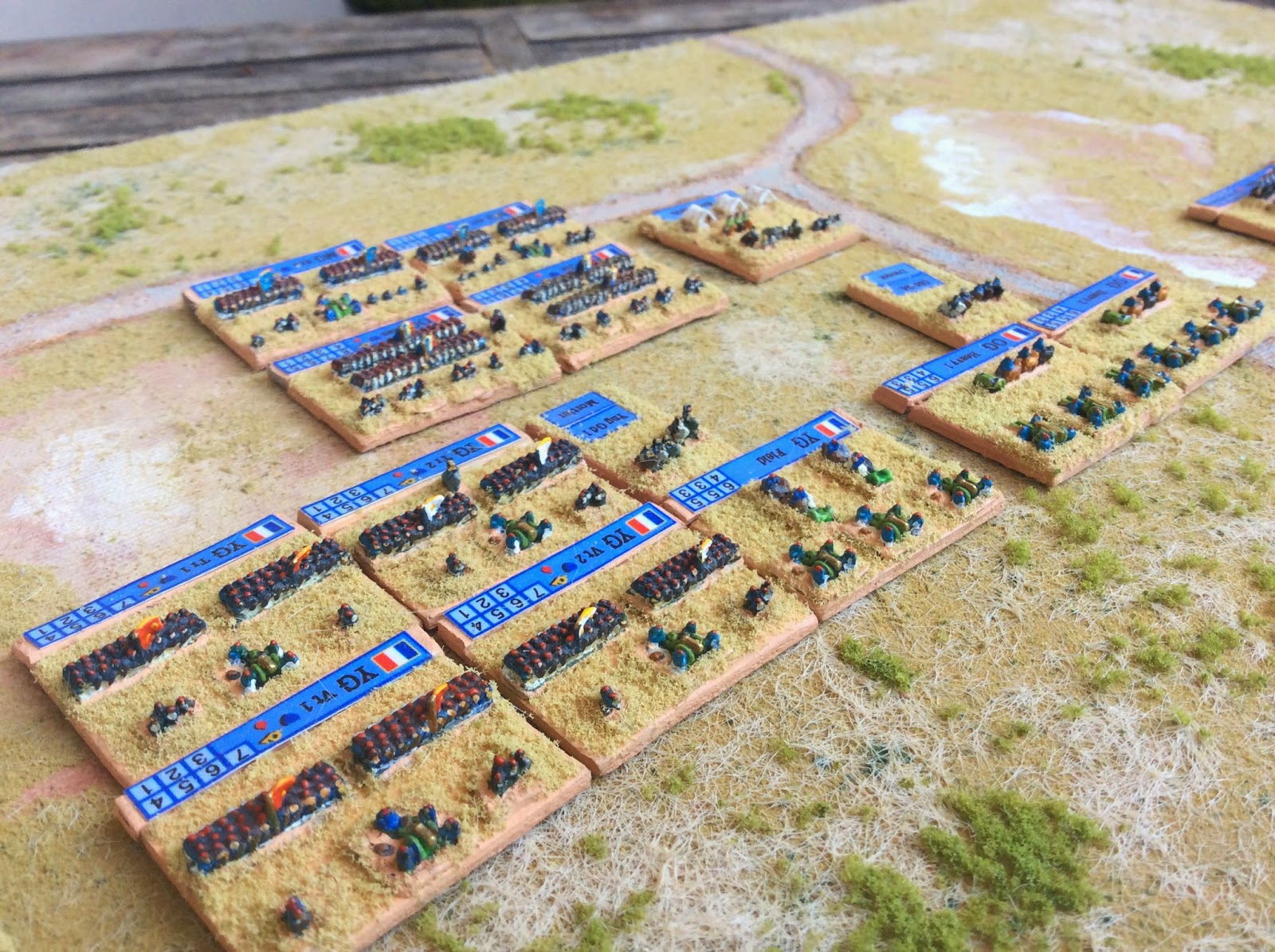 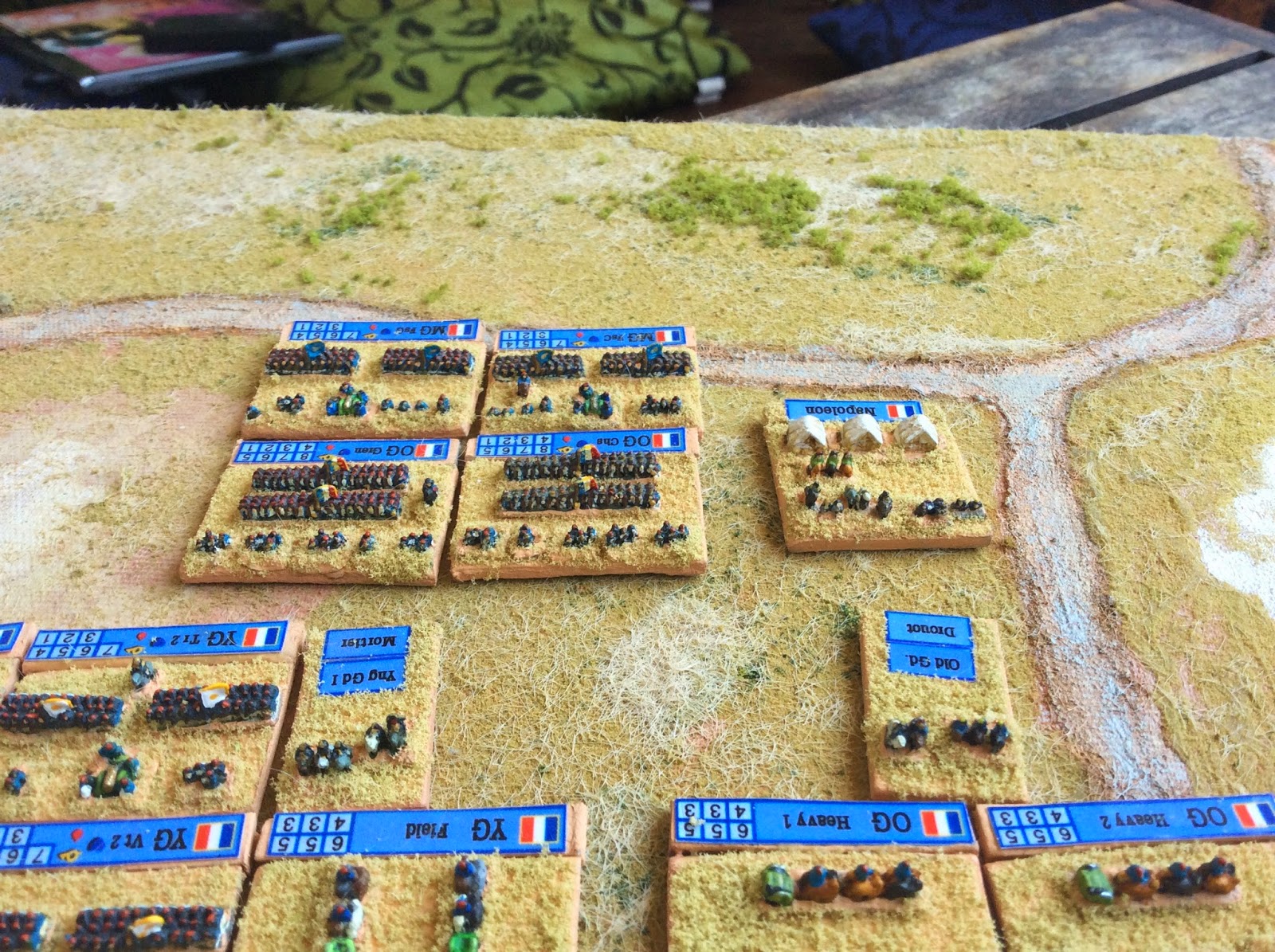 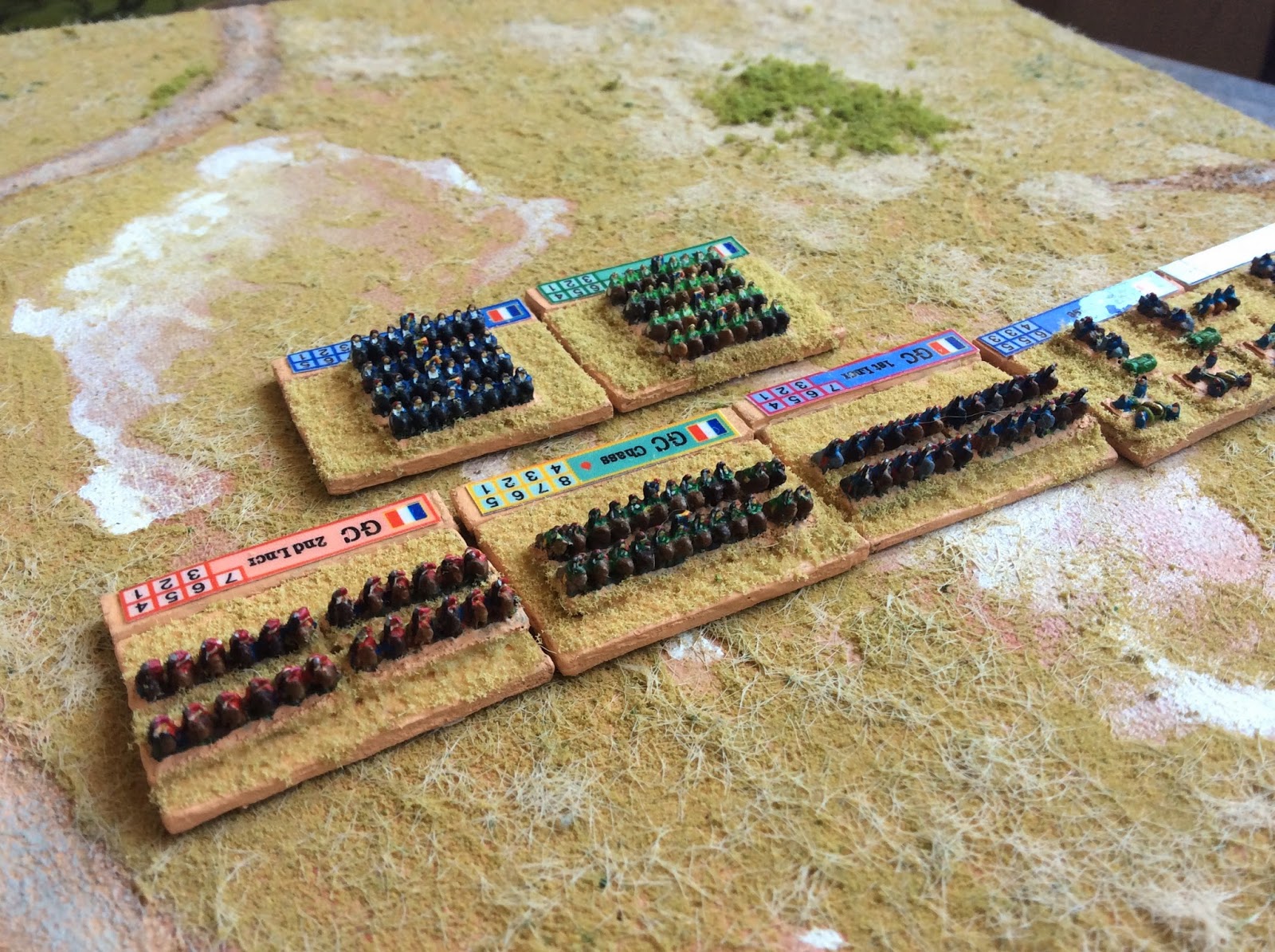 Posted by Thaddeus Gregory Blanchette at 10:26 AM 4 comments:

Here´s my 2mm rebasing project for Sam Mustapha's new Blucher. Each 3cm x 2cm base is a brigade and what we have here is a fictional French Army for late 1813. Basically "not Leipzig".

There is something close to 1200 points of troops: enough for three big armies.

I'm pushed for time now, so I won't do a in-depth analysis for a few weeks. Suffice it to say that I bought these miniatures painted, second hand, in 2004 and based them for Volley & Bayonet. When Blucher came out, I wanted to play with figures ASAP, but my 3mm project is already geared to the battalion level. These guys here have been haunting a cigar box since 2010, so I pulled them out and got to work.

The 3cm x 2cm bases means I can play huge battles on my living room table. I've also already made cards for these guys, which I shall post at some point in the future.

These figures were my first pico-scale project, more than a decade ago. I have learned alot about painting picoscale since then, so the stuff here is not up to my current standards. But for quick, massive battles of Blucher, they will do just fine.

Note that I have the base labels set up seperately. They are glued to the bases with white glue and can be easily detatched if I want to make scenario specific labels. 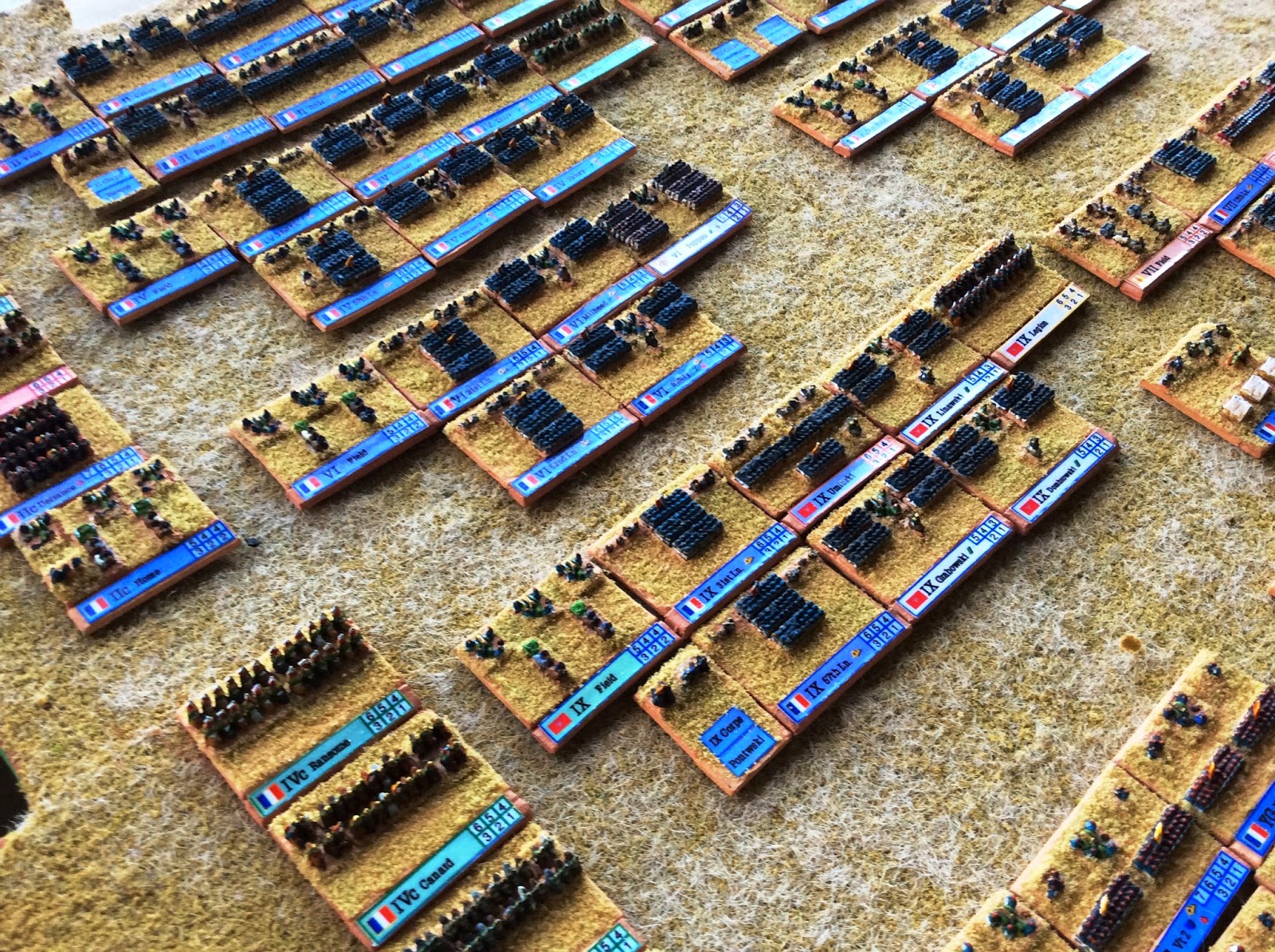 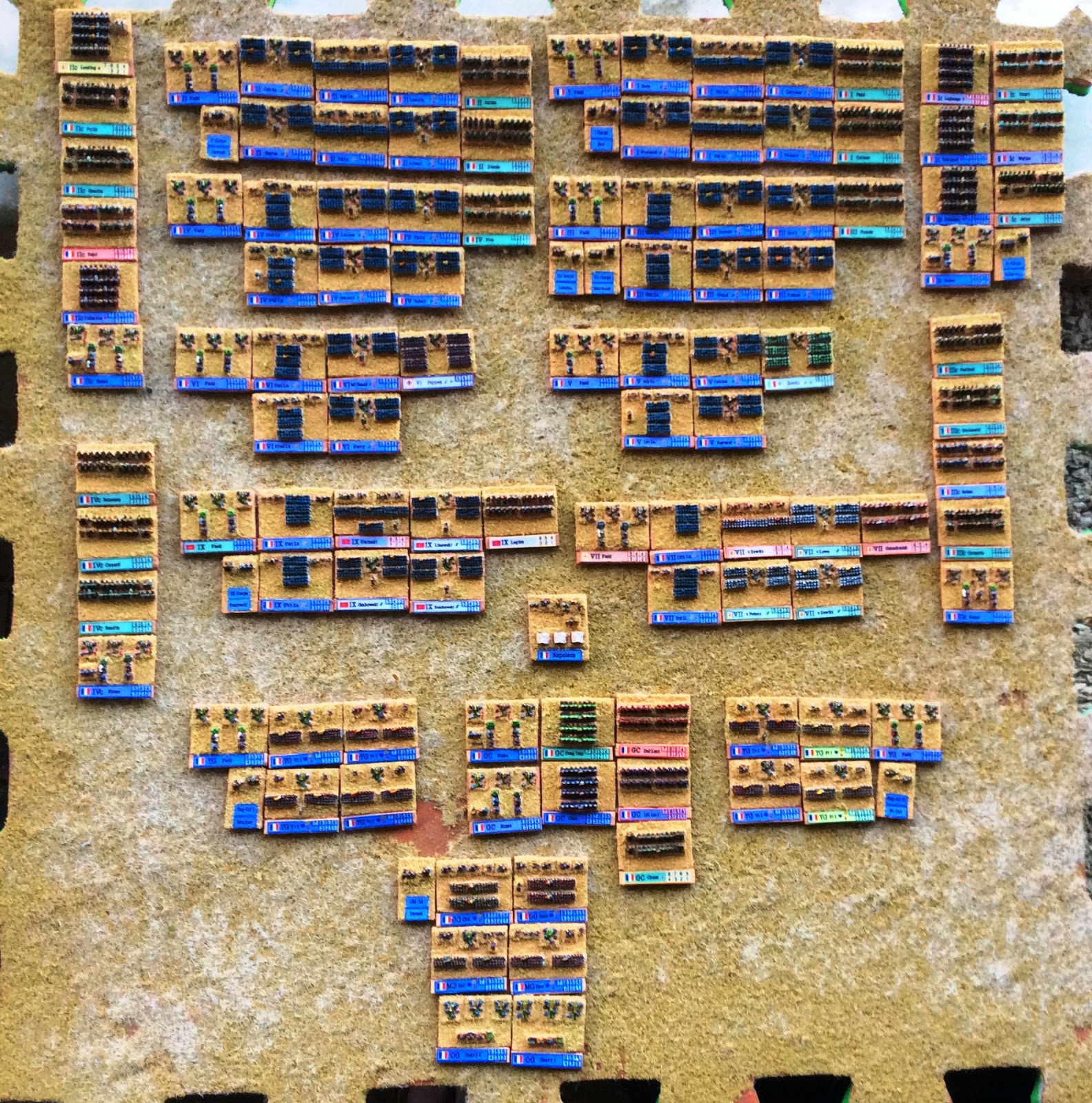 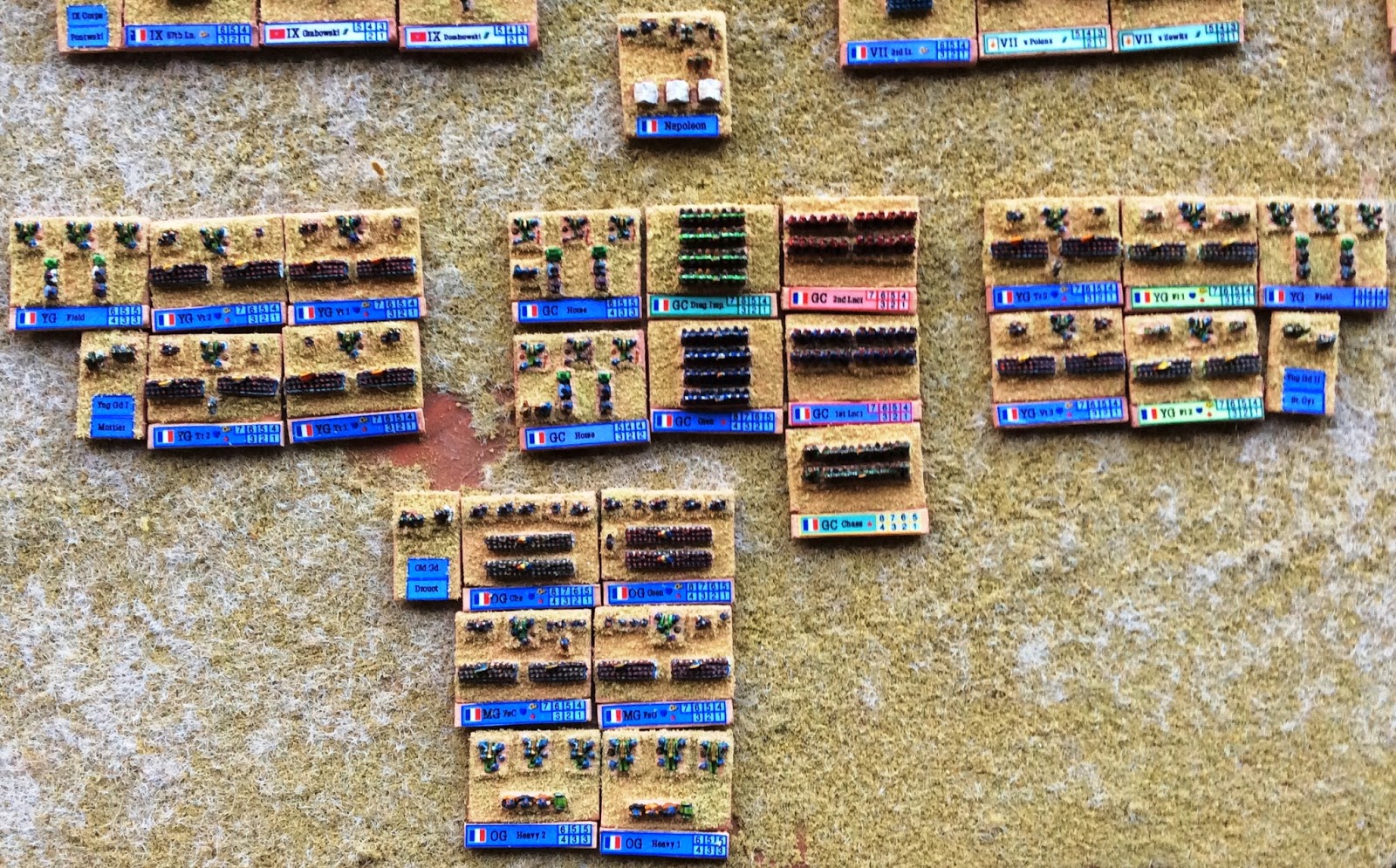 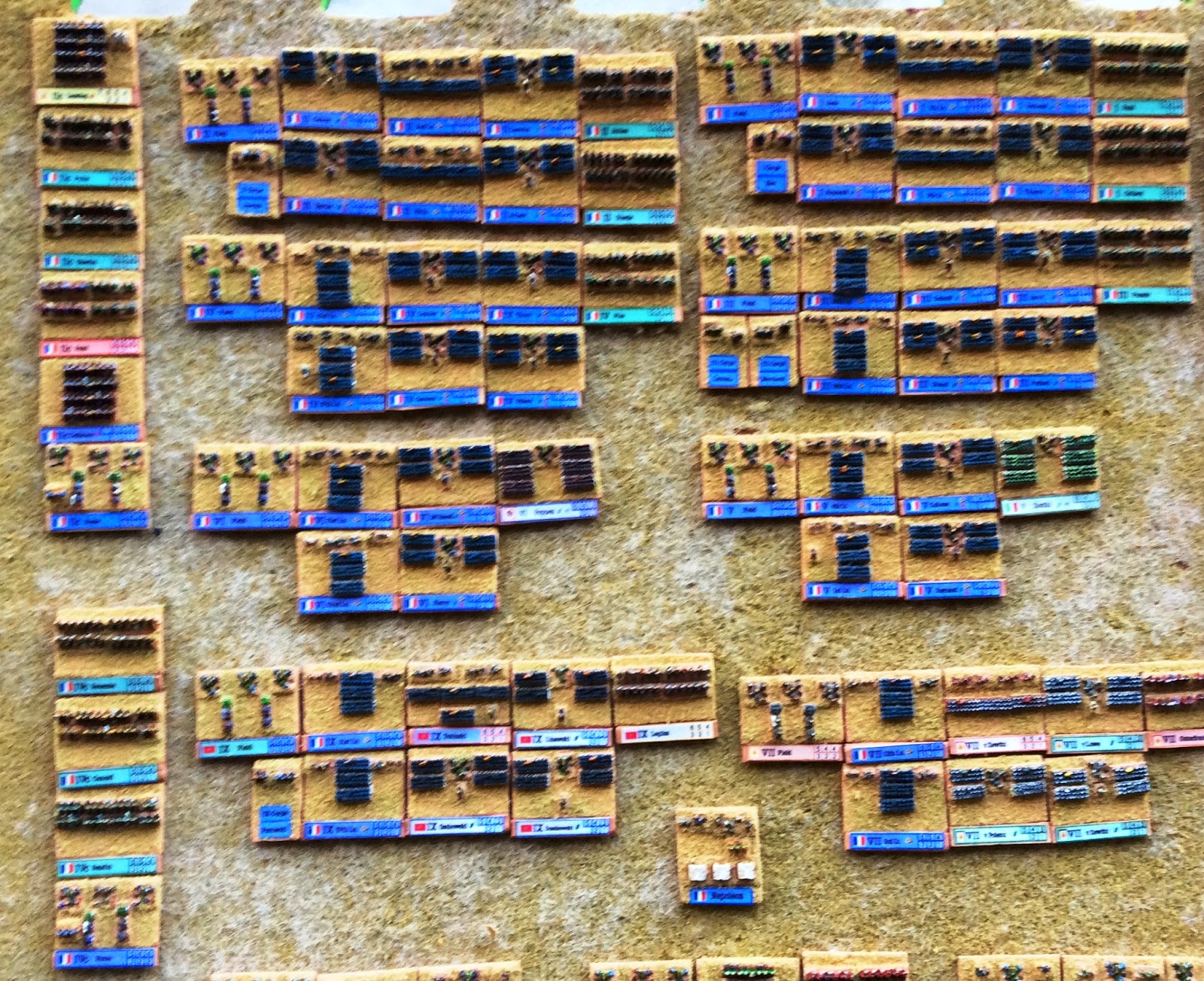 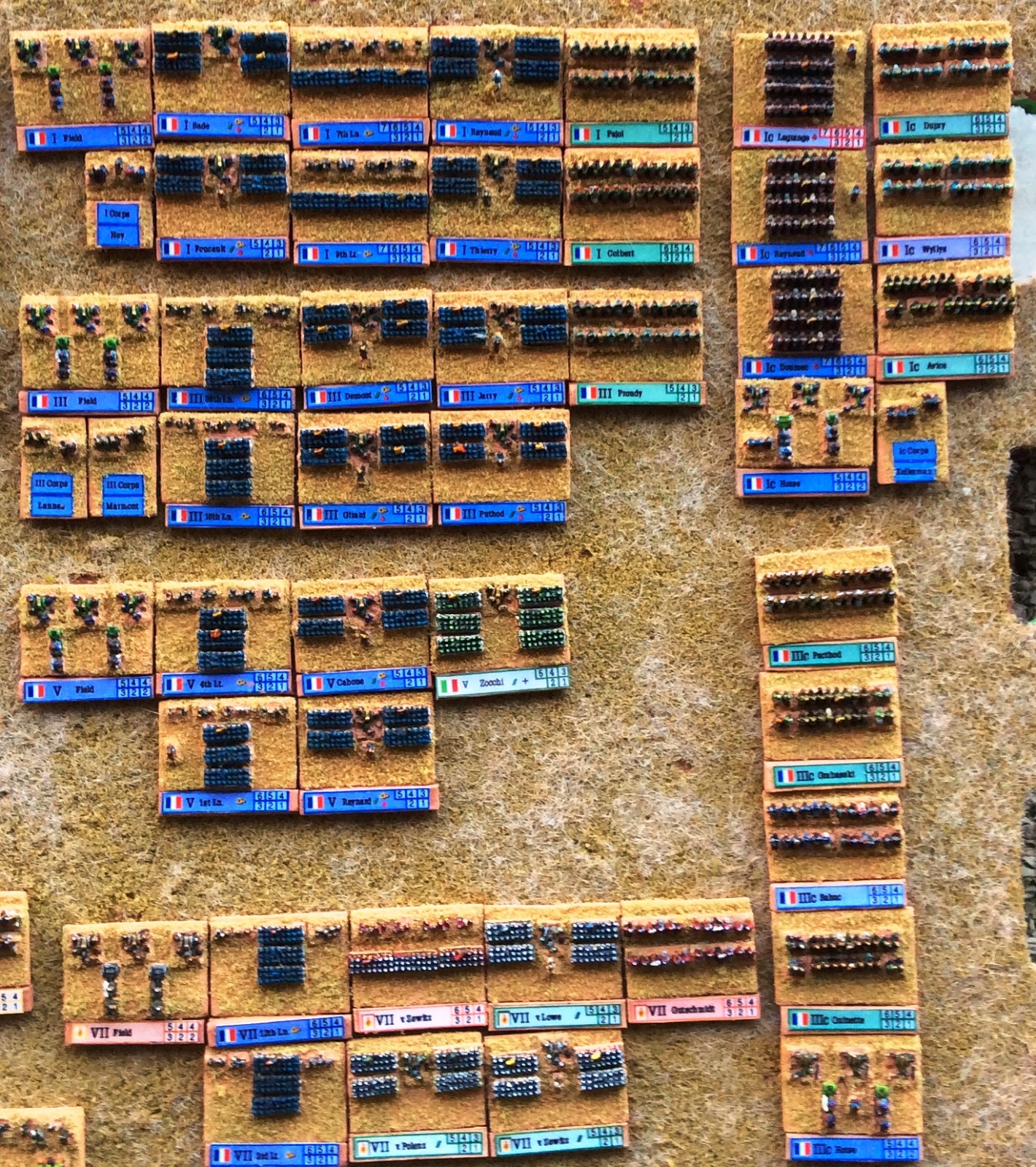