The gentleman in the photo above is Mr. William Armintrout, owner of The Miniatures Page. Our use of the image is purely for satiric purposes and is not meant to challenge Mr. Armintrout's ownership of it, nor seriously imply that he's the kind of fellow who'd steal a tablemate's lunch.

Here are some pictures of my first Austrian brigade for Black Powder.

These are 3mm (or 1/600) Napoleonic figures from Oddizial Osmy, via the good folks at Pico Armor. And behind that, there's a great story, which will tell you everything you need to know about Pico Armor's customer service.

Last year, I went up to a conference in Rochester New York. Being that I am normally based out of Rio de Janeiro, Brazil, I took the opportunity to place my first Napoleonics order with John and the guys from Pico.

It arrived while I was at the conference but, unfortunately, all the Napoleonic infantry was swapped out for ACW infantry!

Well, needless to say, there was much wailing and nashing of teeth on my part, because at this point, I was a couple of days away from heading back home.

When I informed the folks at Pico Armor, however, they immediately dispatched the correct order via overnight Federal Express to my hotel room in Rochester. They even told me to not sweat the ACW stuff (although I did manage to get it back to them). Now THAT is service!

I have been buying stuff from Pico Armor ever since the O8 3mm figs came out and, for my money, there's not a better mail order company in the market!

These really don't need much by way of explanation. This is a two regiment, five battalion Austrian infantry brigade, supported by a 6 lbr artillery battery. Four of the five battalions are over-sized by Black Powder standards. That means that even though this brigade is bog-standard in terms of its morale and general characteristics, it packs quite a punch in the firepower and melee department, as well as gaining extra endurance points.

The slogan of the Austrian Army might as well be "quantity has a quality all its own".

It's probably too difficult to see in these picks, but one regiment has the 1805-style helment while the other has the 1809-style shako. Oh, and the buttons on both regiments are gold, not silver... ;)

The buildings in the background are all from Brigade Models Small Scale Scenery line. Their English Farms and Mediterranean Village sets, to be exact. I have  some Normandy Villages on order and these will be slightly more "historical" for the Central Germany, 1813 scenarios I plan to play, but for now, c'est la guerre.

The scenery is my typical 3mm set up: painted cloth scenery pinned to flocked foam mats. thumbtacks and stick pins have been transformed into bushes and trees and hold everything down.

When finished, the Austrian army will have two infantry brigades, a vanguard brigade (made up of Croats, Jaegers, Chevauxlegers and Hussars) and a small reserve brigade of grenadiers and currassiers.

After that, I will embark on Wave Two, which will include more French Infantry, some German Ally regiments (Nassauers, who'll be able to fight for the French in 1812-13 and the Allies in 1815), French Guard Cavalry and either the Prussians or the Russians. Ultimately, I want to be able to deploy 4 brigades of each of the major allies and some 10-12 brigades of French. 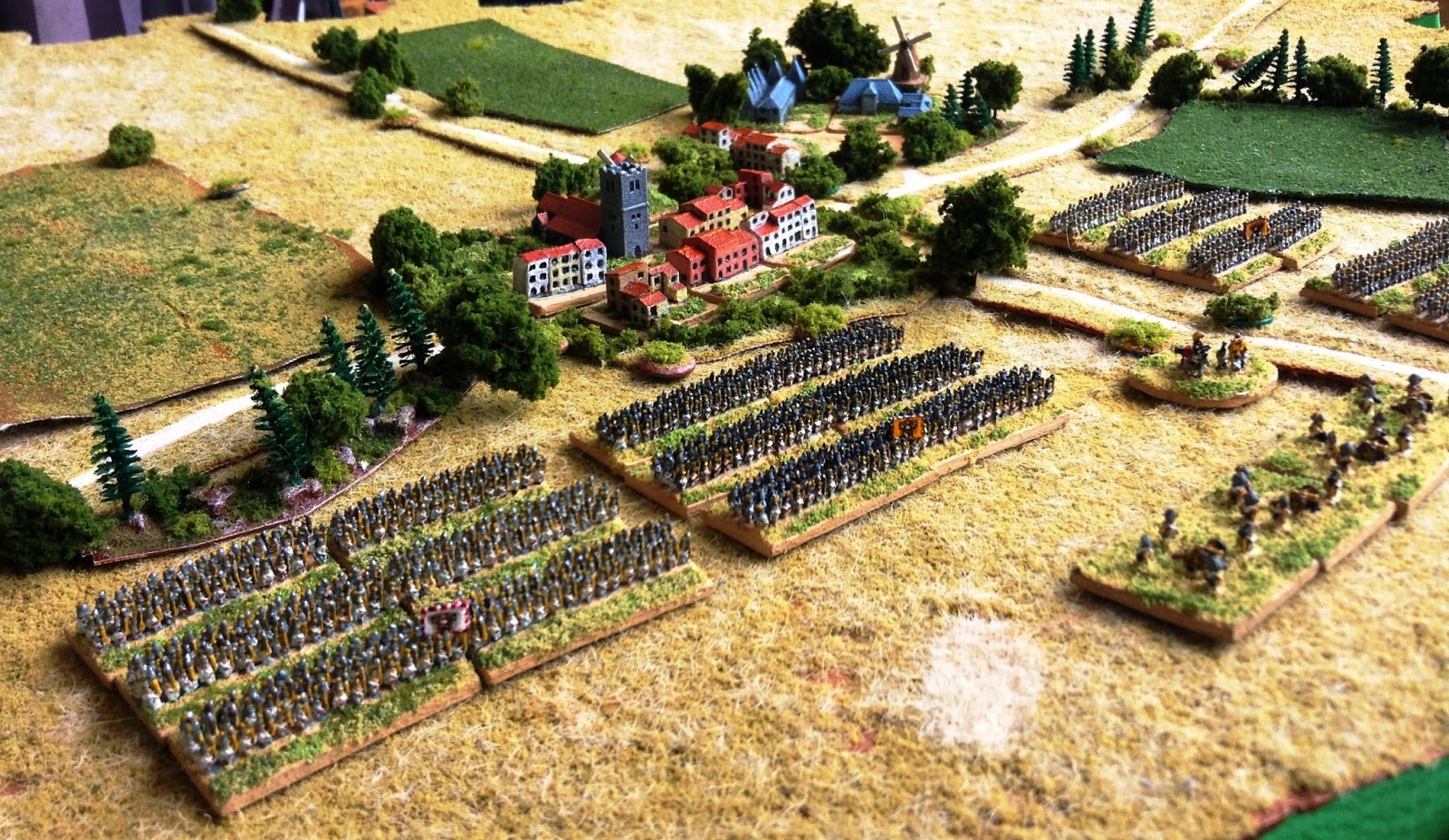 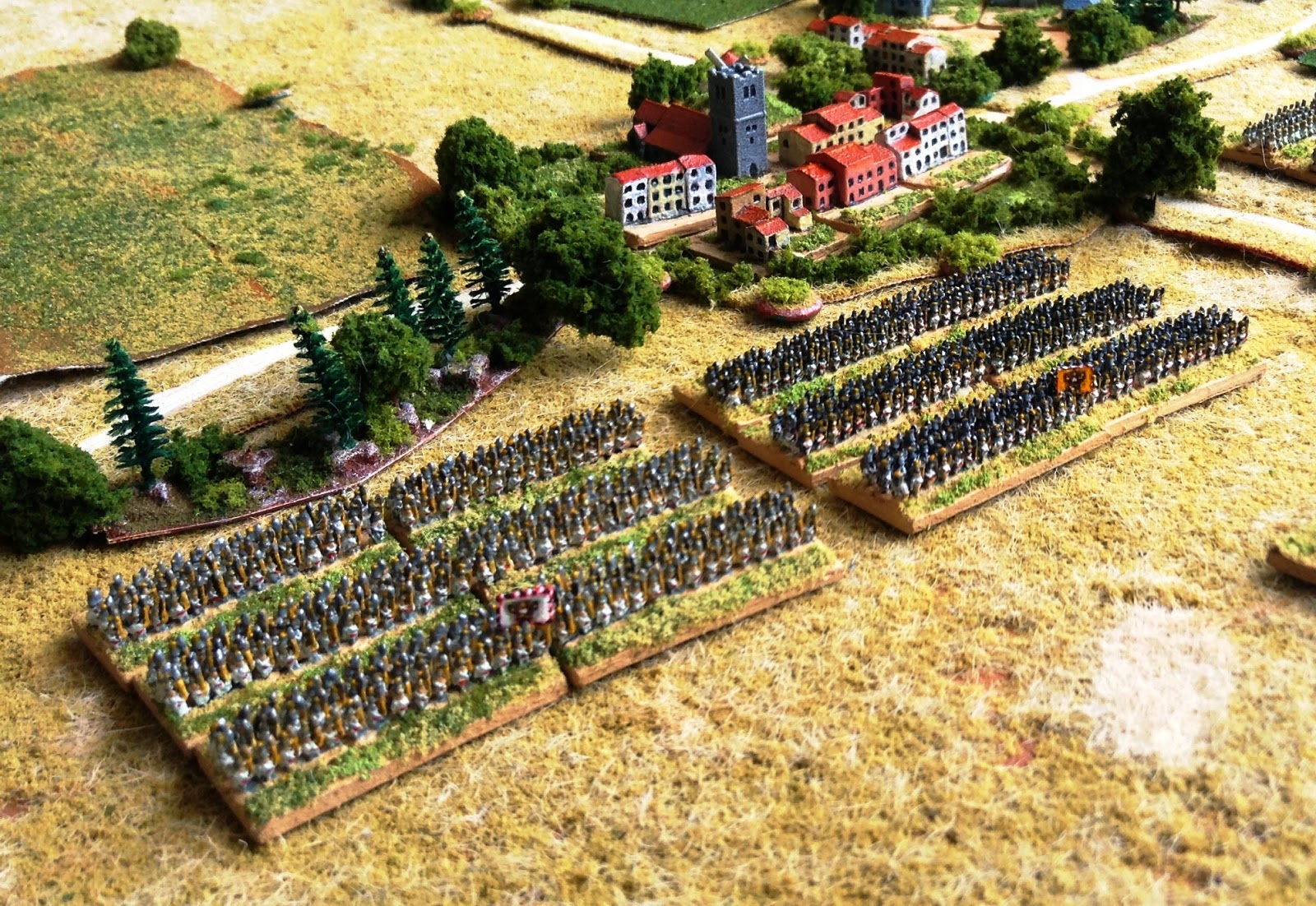 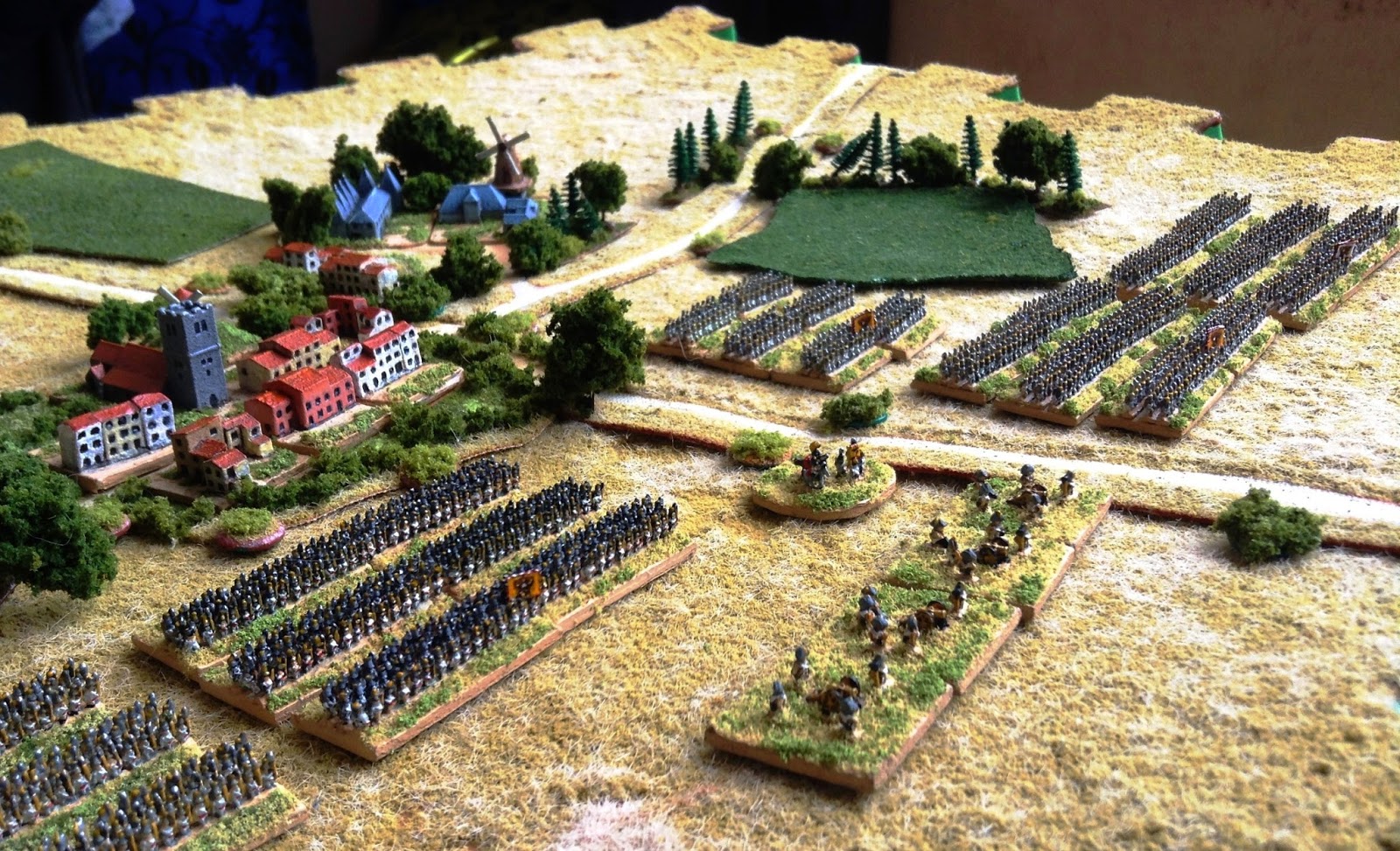 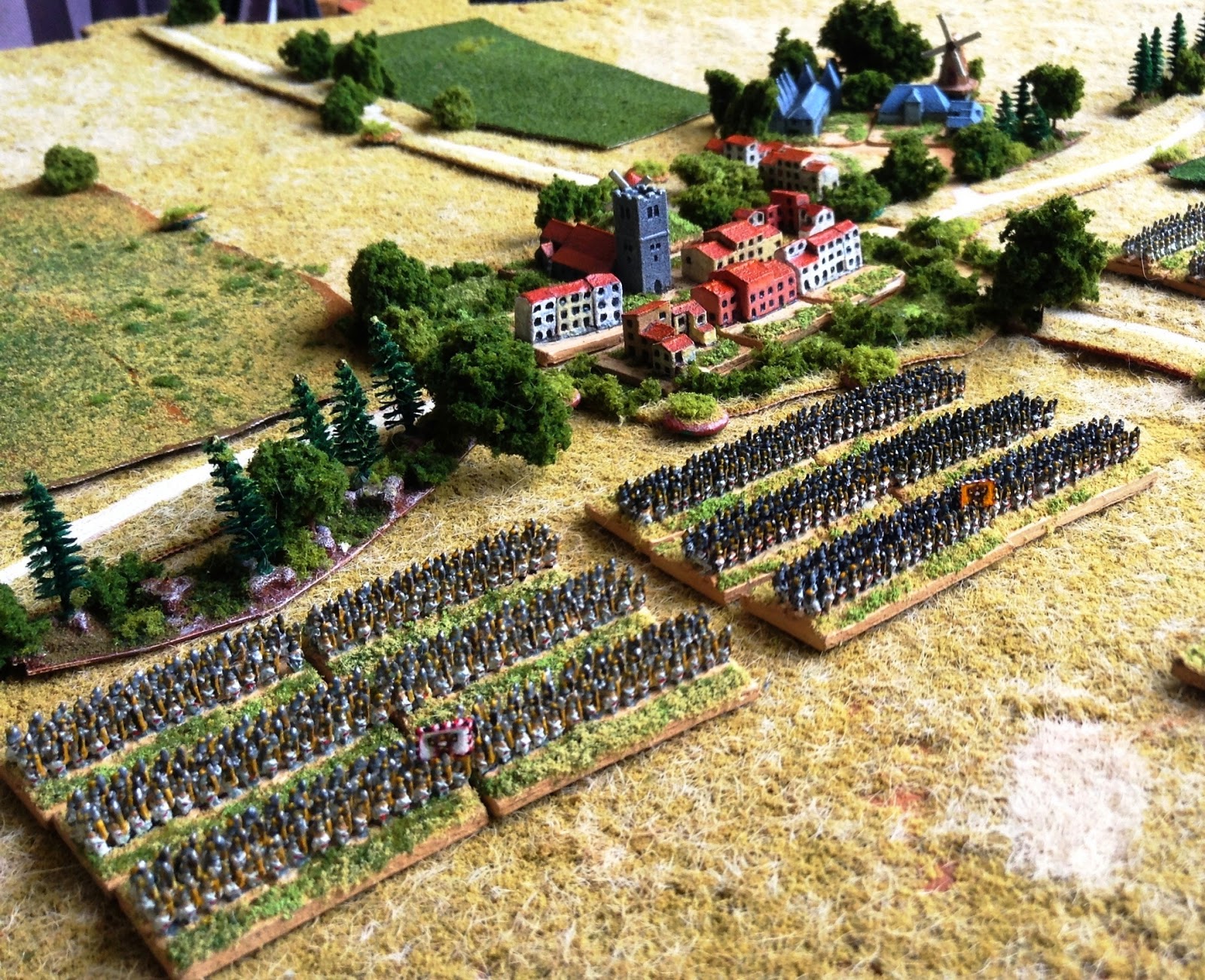 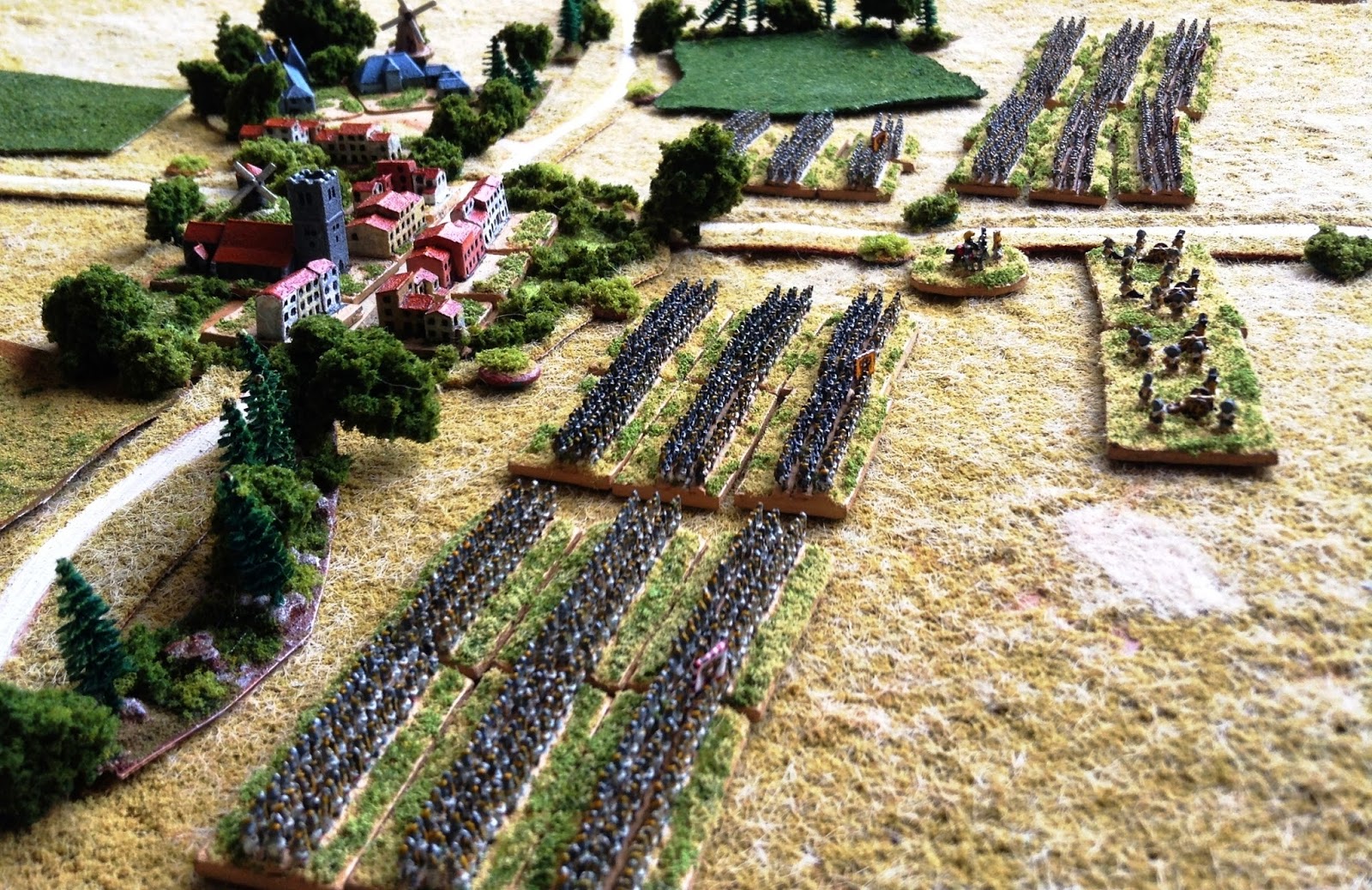 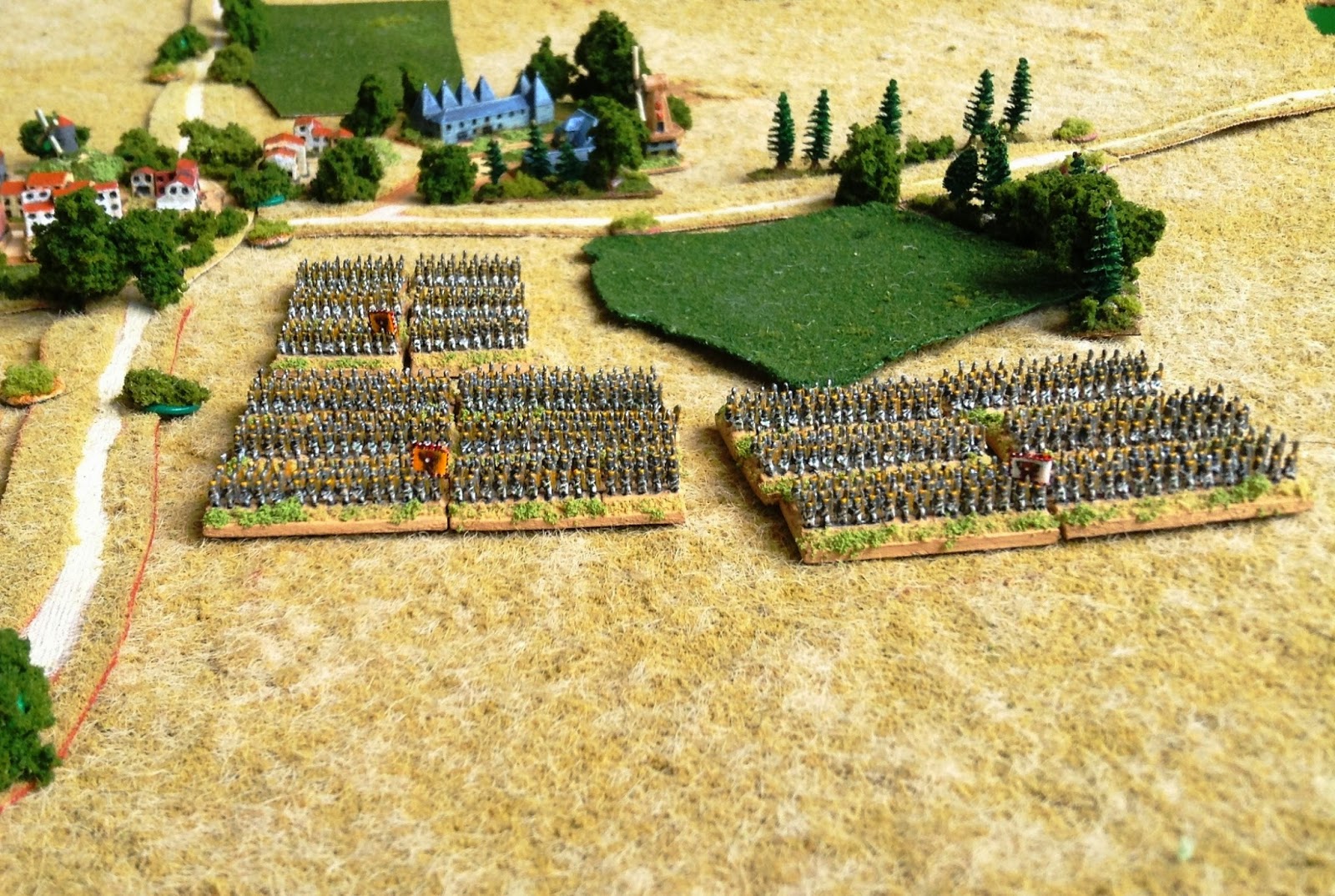 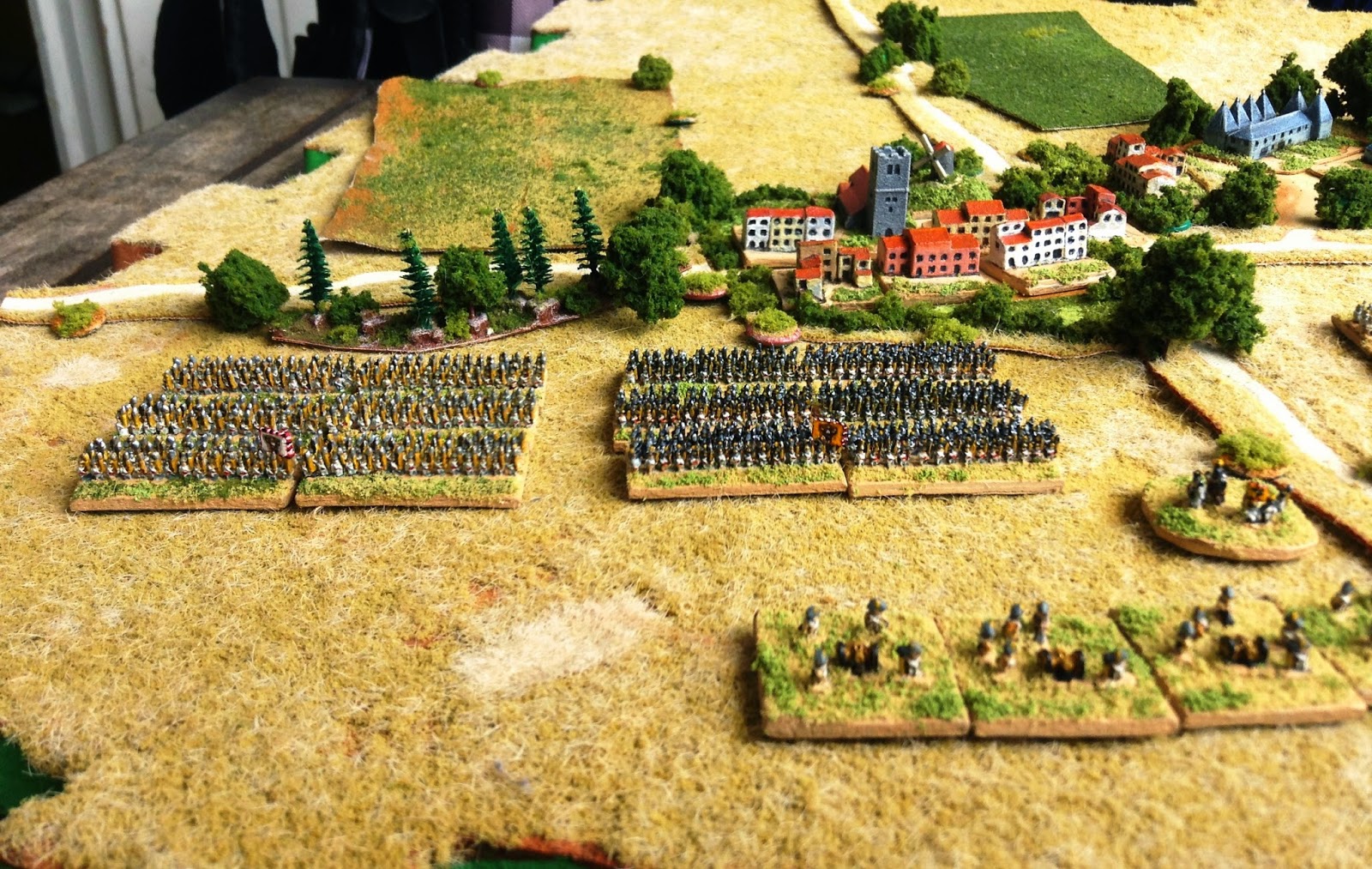 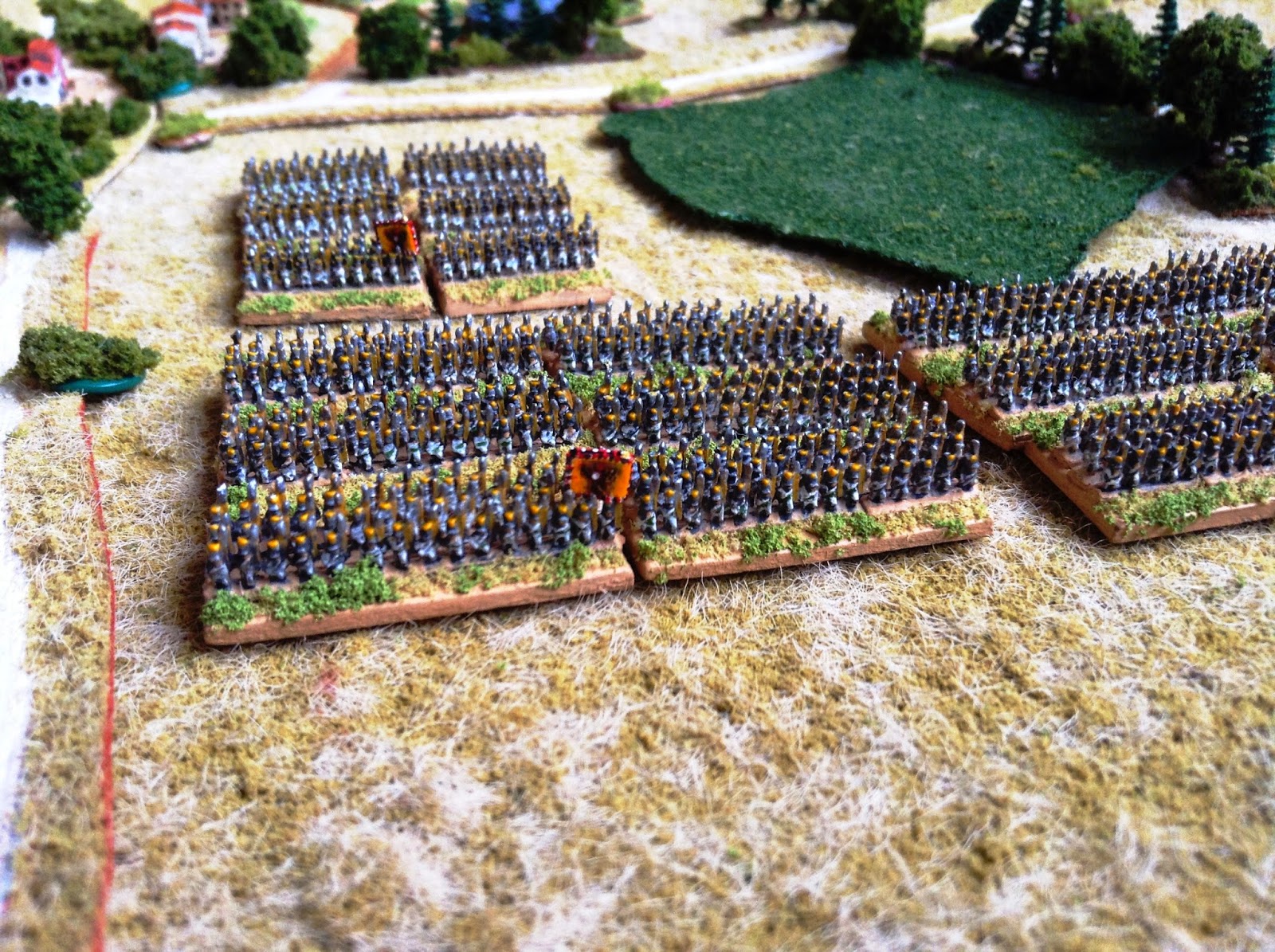 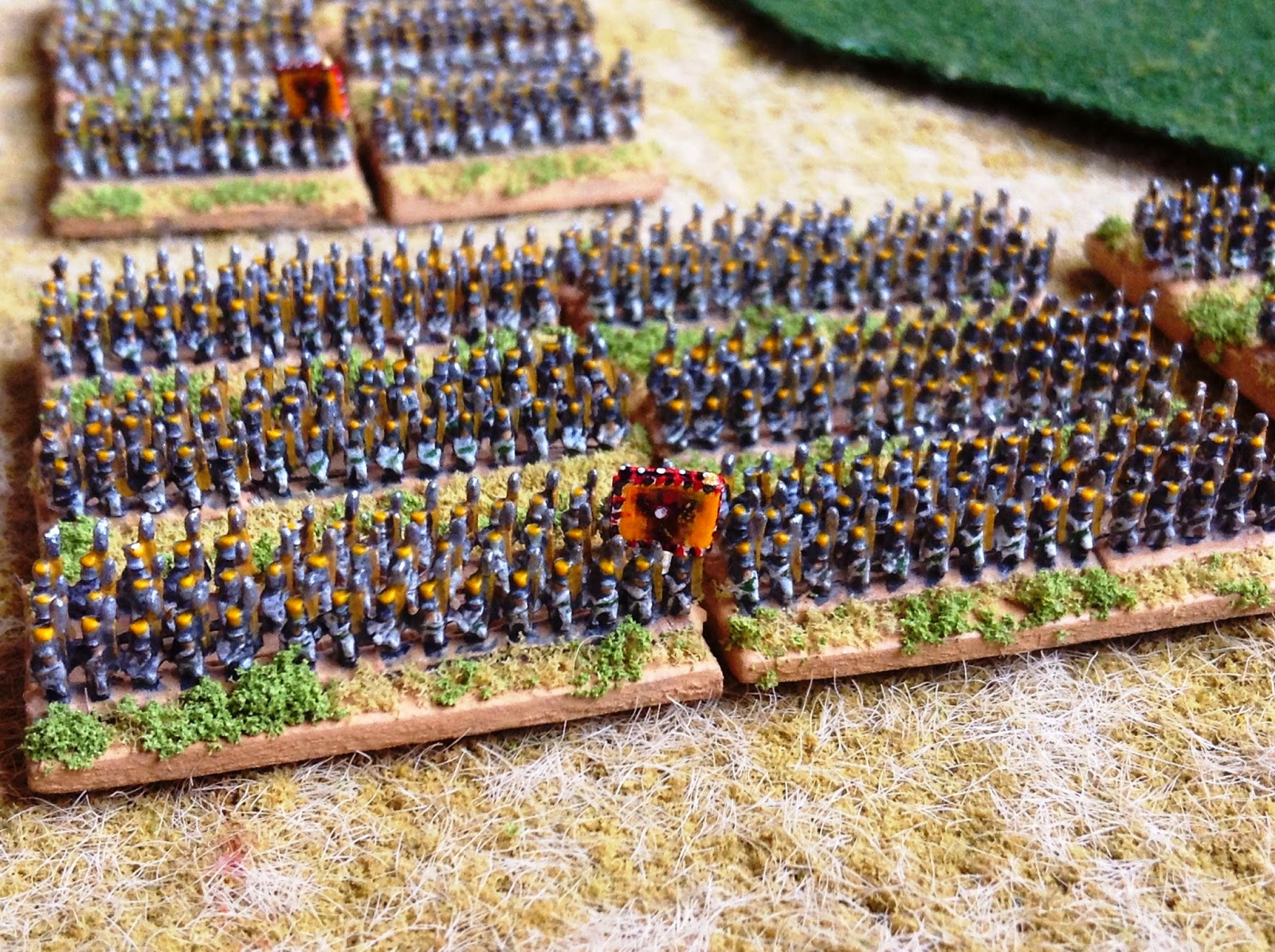 Posted by Thaddeus Gregory Blanchette at 7:22 AM 9 comments: