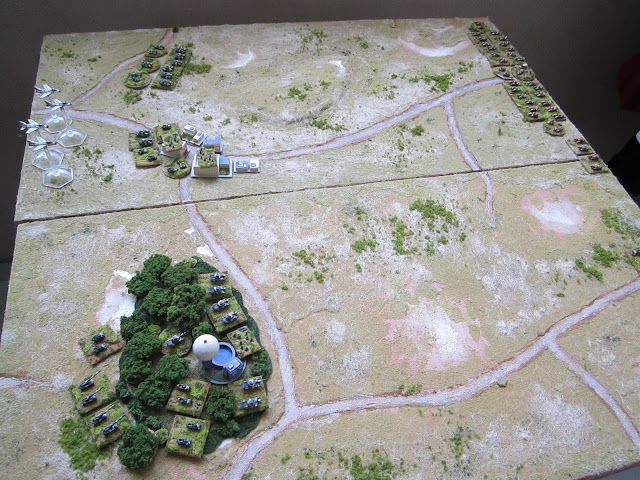 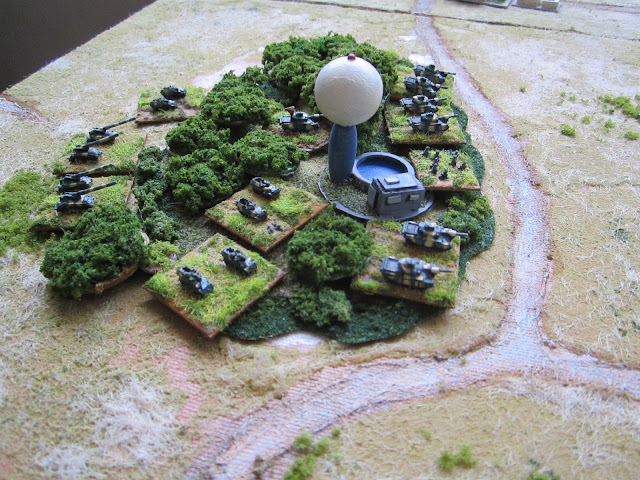 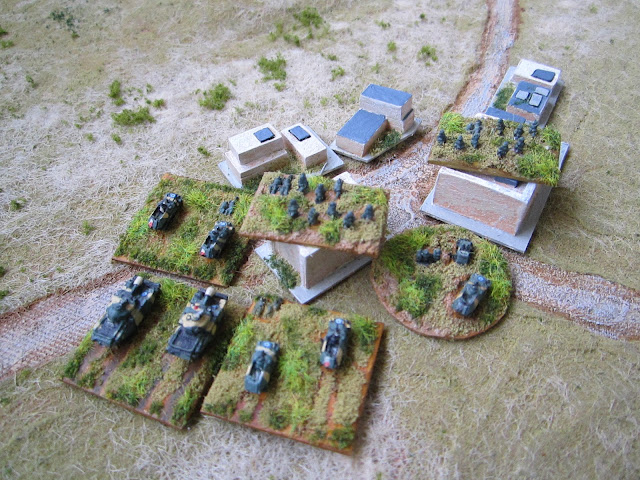 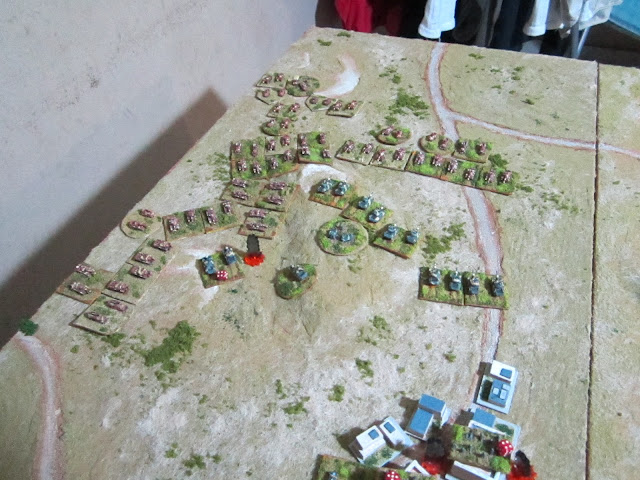 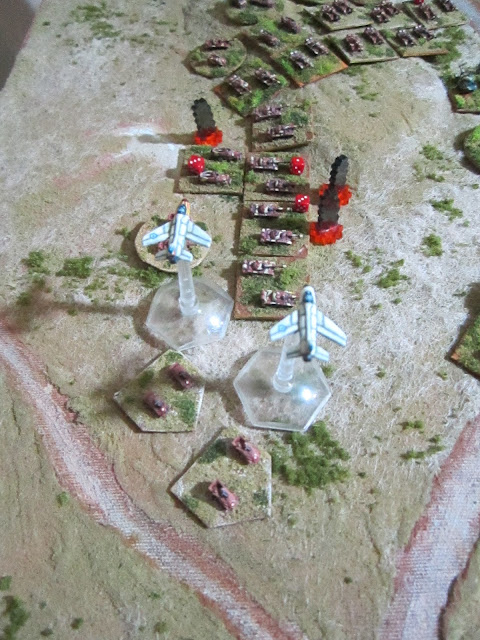 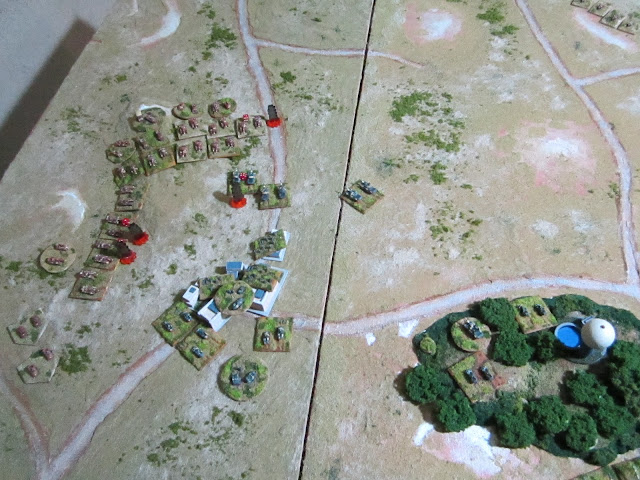 The last photo gives you a pretty good glimpse of the terrain module.

This is built on a 60x30cm framed artist's canvas with a styrofoam backing board glued in underneath. This particular board is a plains board, with only one small hill in the center, just to the right of the helicopters.

I now have three Smade's World boards done and a fourth coming up. Hopefully, I'll get a tutorial done before too long!