Here's the beginning of my "Combine" army for Ogre. Right now they are wearing Belgian rondels, because it's a good color mix. I will create some better decals in the future.

The army currently consists of two cybertanks (an Ogre Mk III and a Mk IIIb) and a company of 14 heavy tanks. Not shown are the twelve squads of Mobile Infantry that ride the tanks into battle. 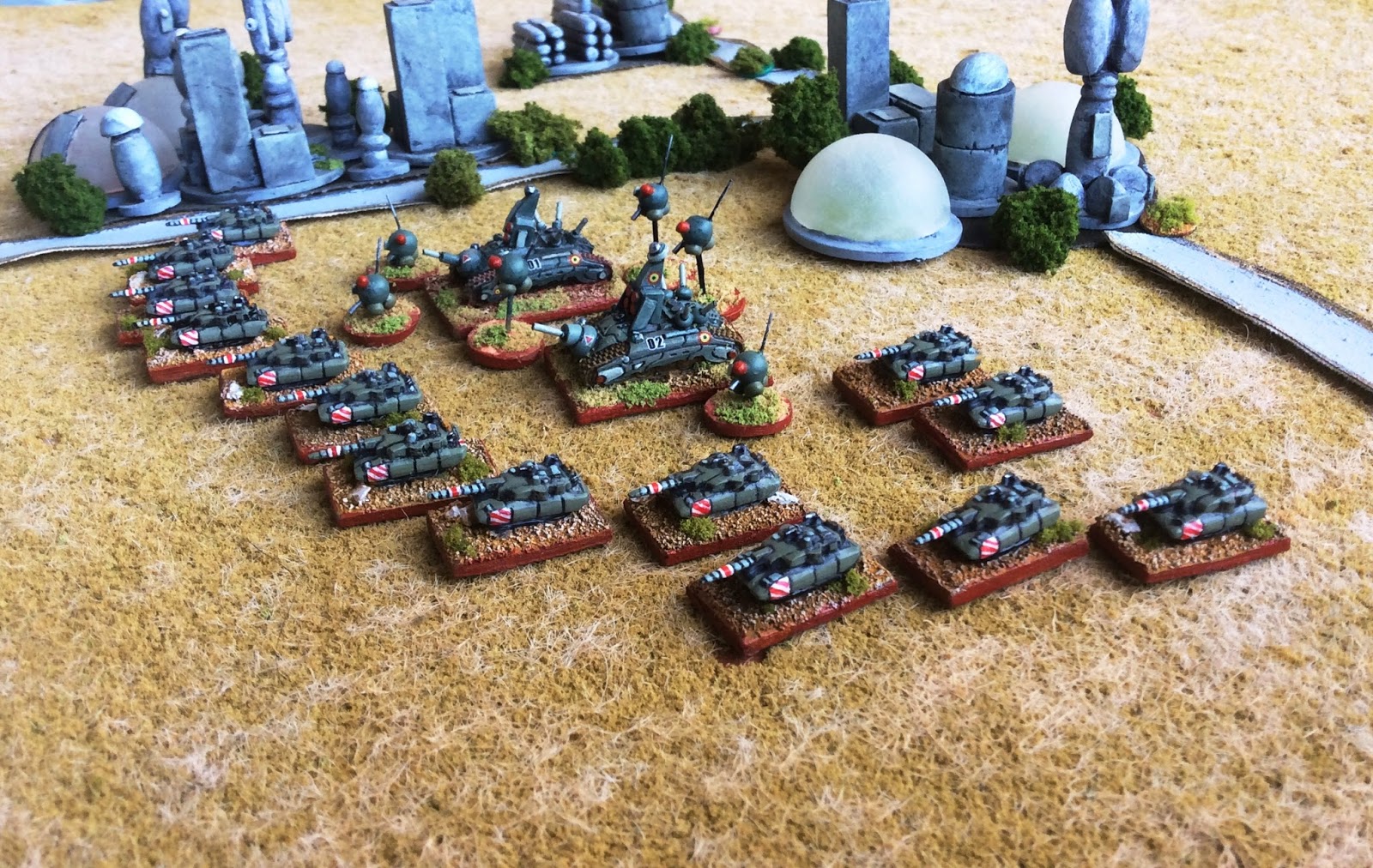 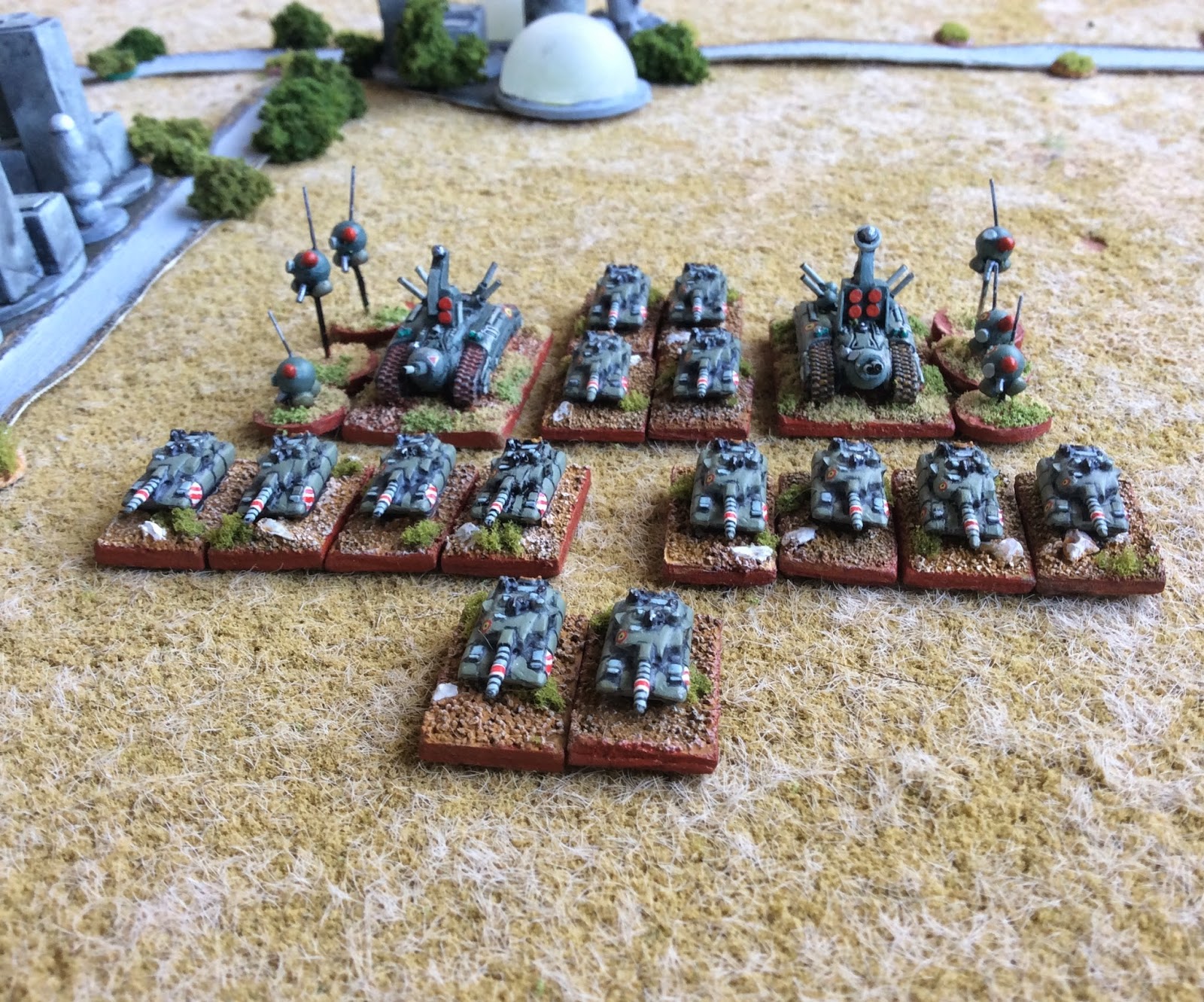 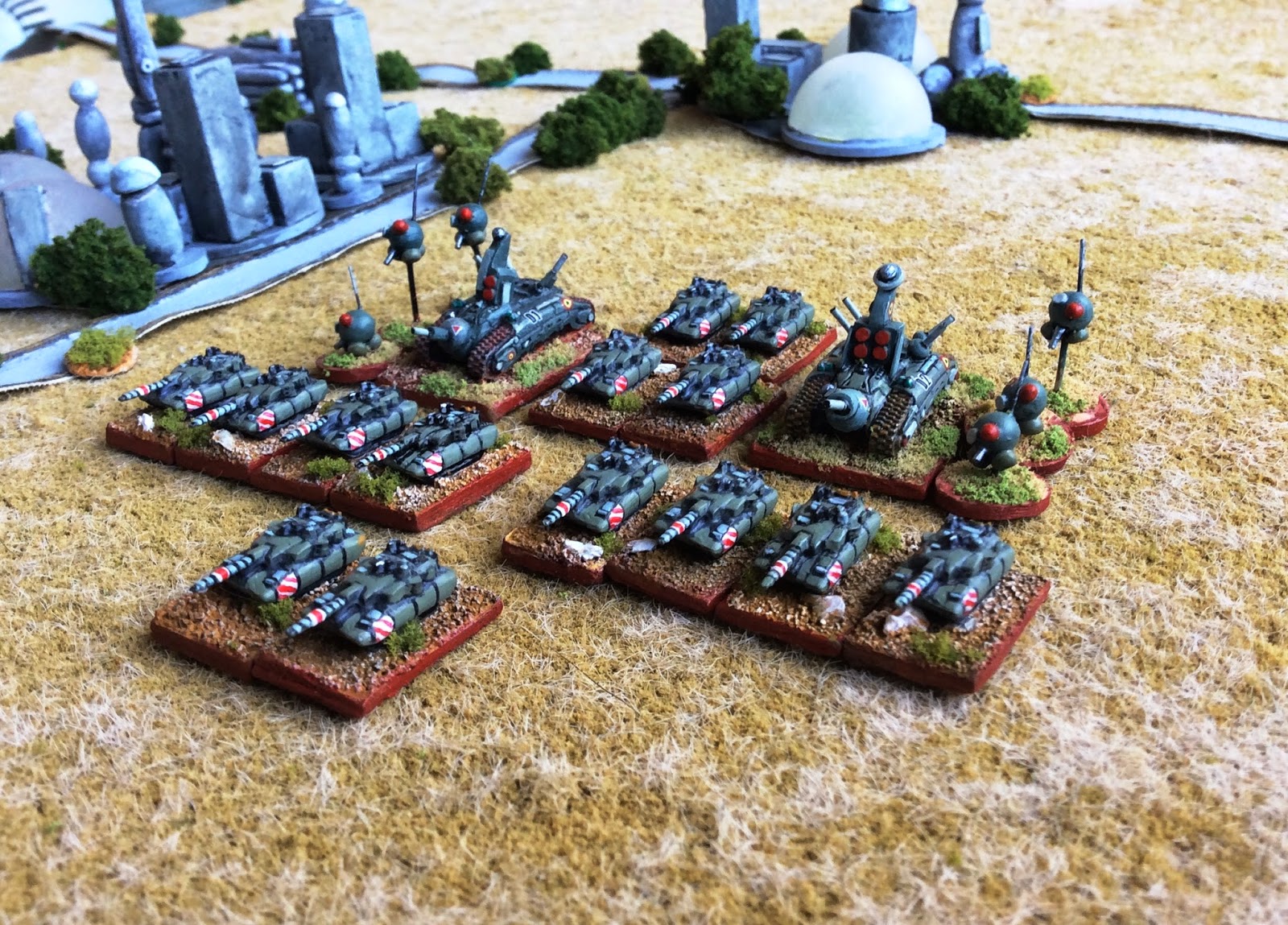 The ogres are self-aware and, as such, each controls three attack drones.

I have added the drones because, as Henry Cobb has made everyone on SJG's "Ogre" board painfully aware, the addition of LGEVS and Light Tanks into Ogre's follow-on supplements subtly skewed the game against the attacking ogres. This is because the conventional armor units can "mix 'n match" their attack strengths to the Ogre's defense strengths while the ogre can't really respond in kind.

As a buff I let self-aware ogres (i.e. any ogre fighting an opponent that's allowed to draw from the full range of conventional units) to command one attack drone for evey "mark" (3 in the case of Mark IIIs and IIIbs).

Attack drones are essentially light GEVs (you could also experiment with light tanks). They are not affected by "D" results on the combat table, but must stay within five hexes of an ogre at the beginning and end of the movement phase and also at any point that the drones would engage in overrun combat. Moving your ogre first and then your dones helps you keep track of them. If a player screws up and "forgets" to keep his drone within five hexes of his ogre, it immediately goes rogue and is eliminated.

You can see the drones I have made here to accompany my ogres. They are made out of stick-pins, plastic greeblies and wire.

Here is the Mark IIIb. She is known as "Mama Spank": 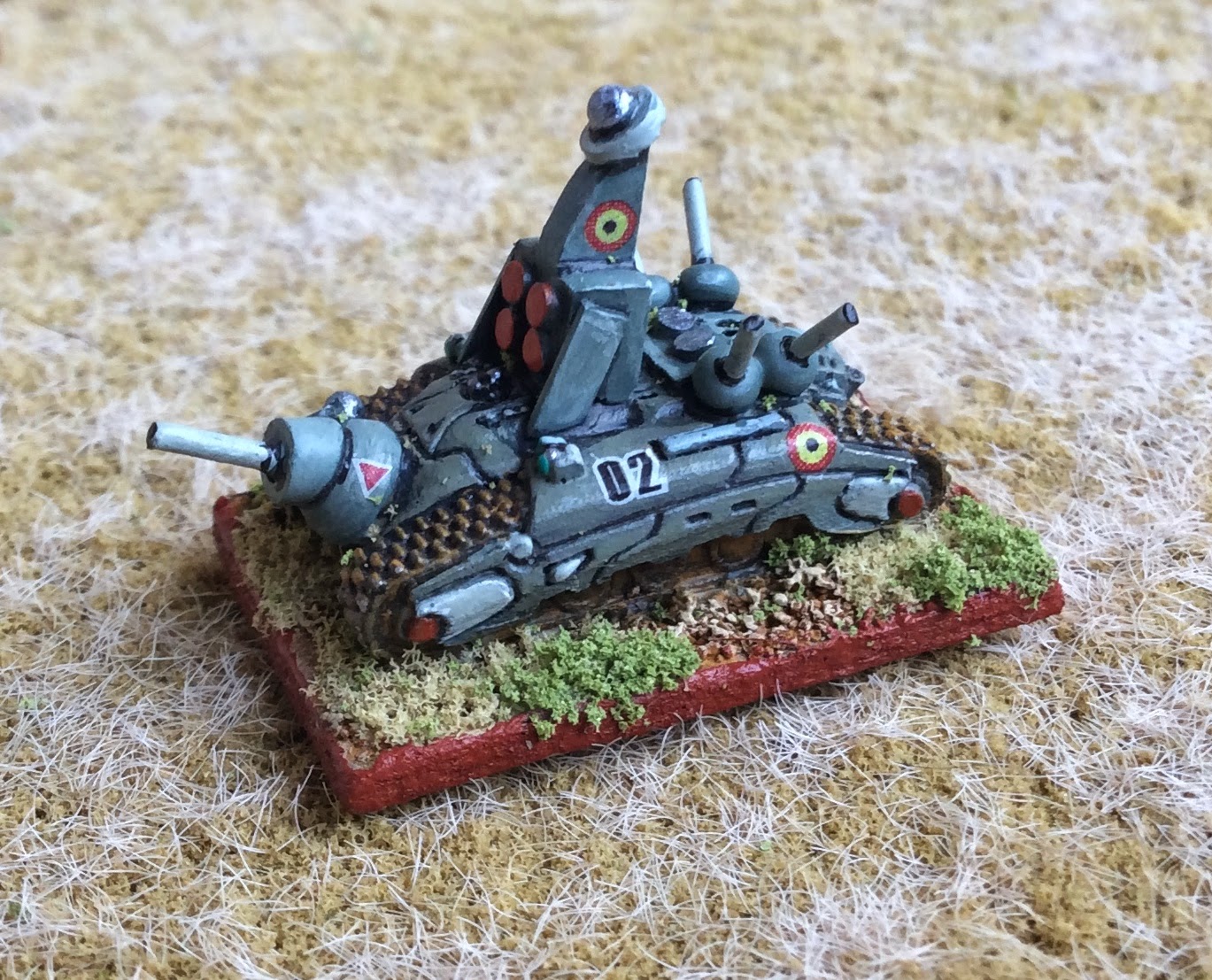 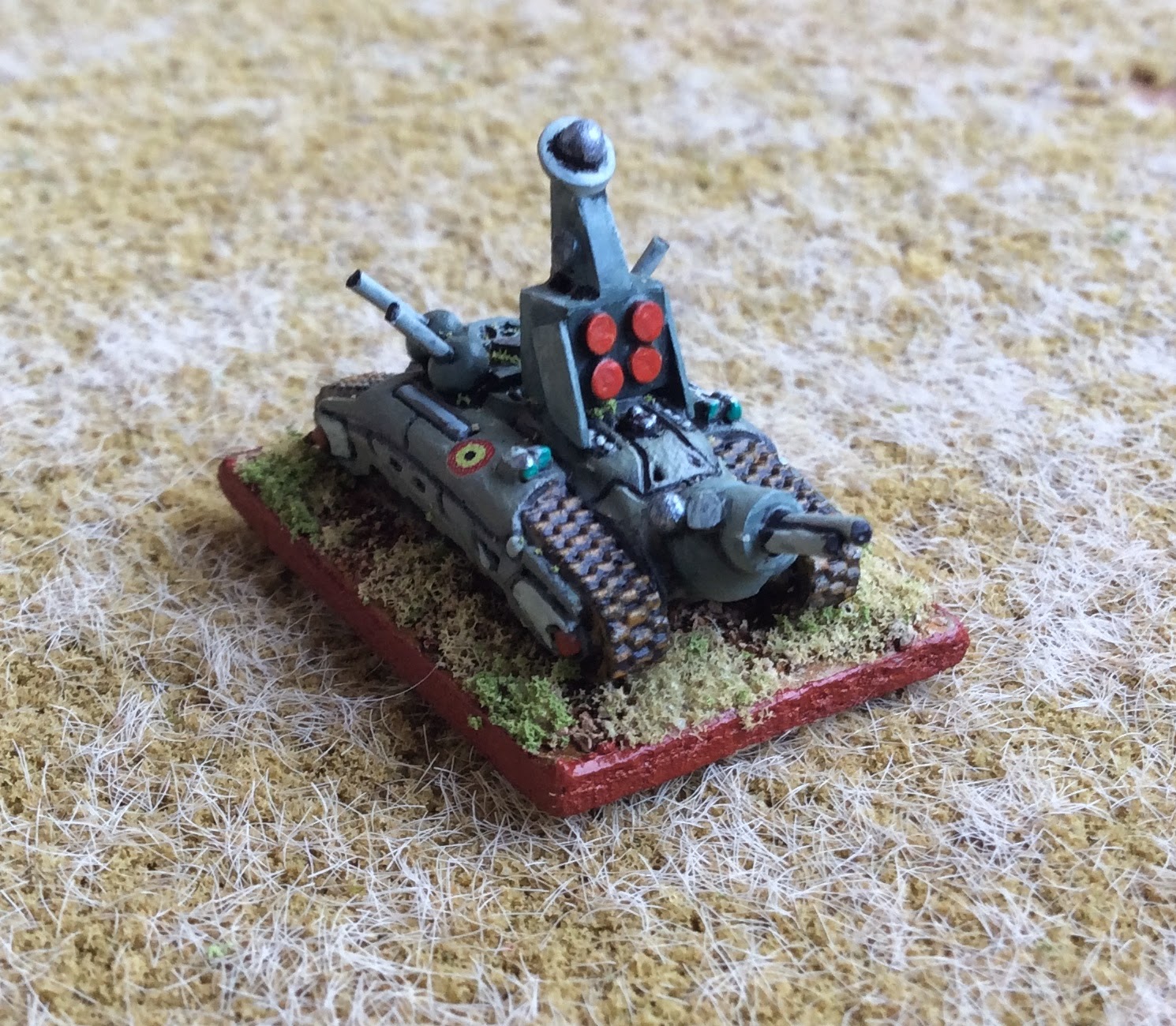 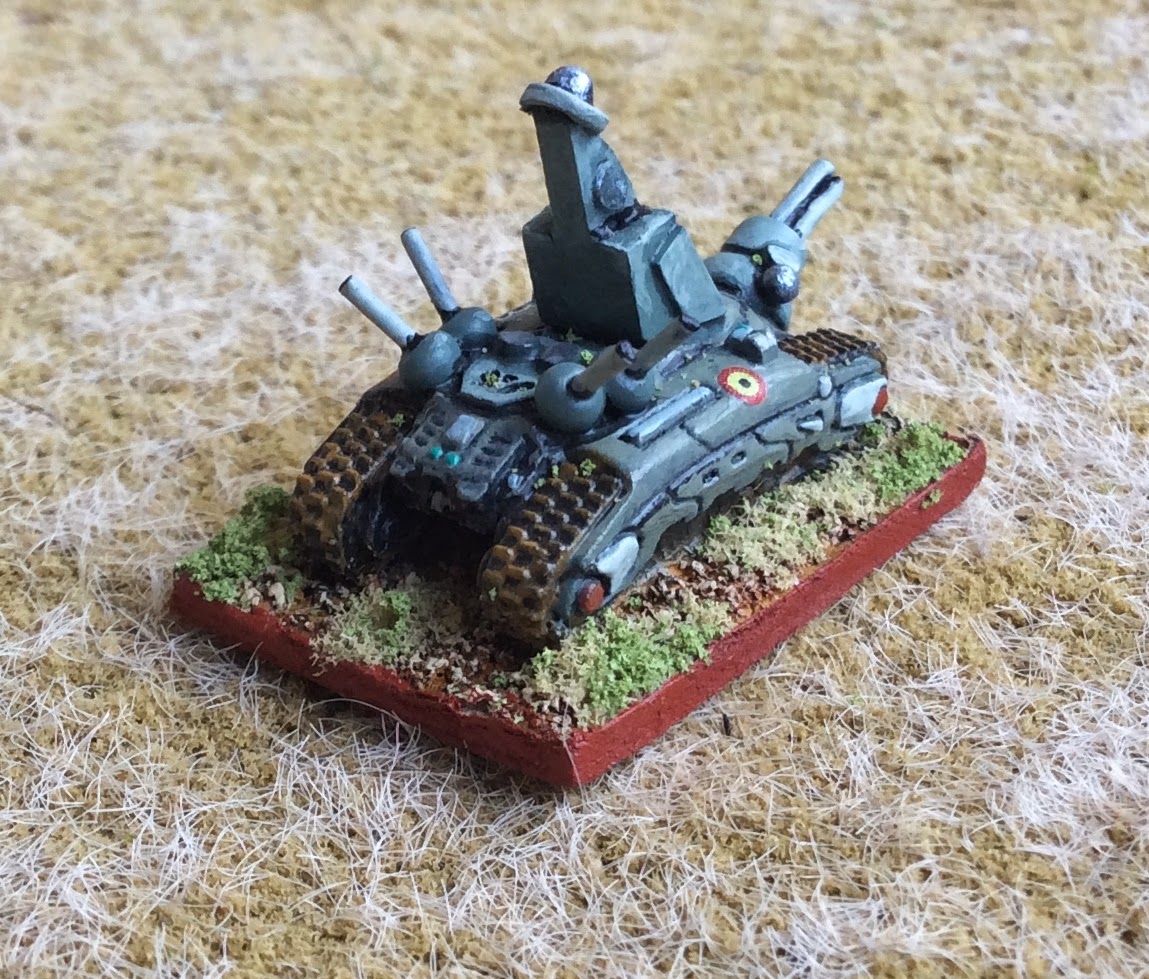 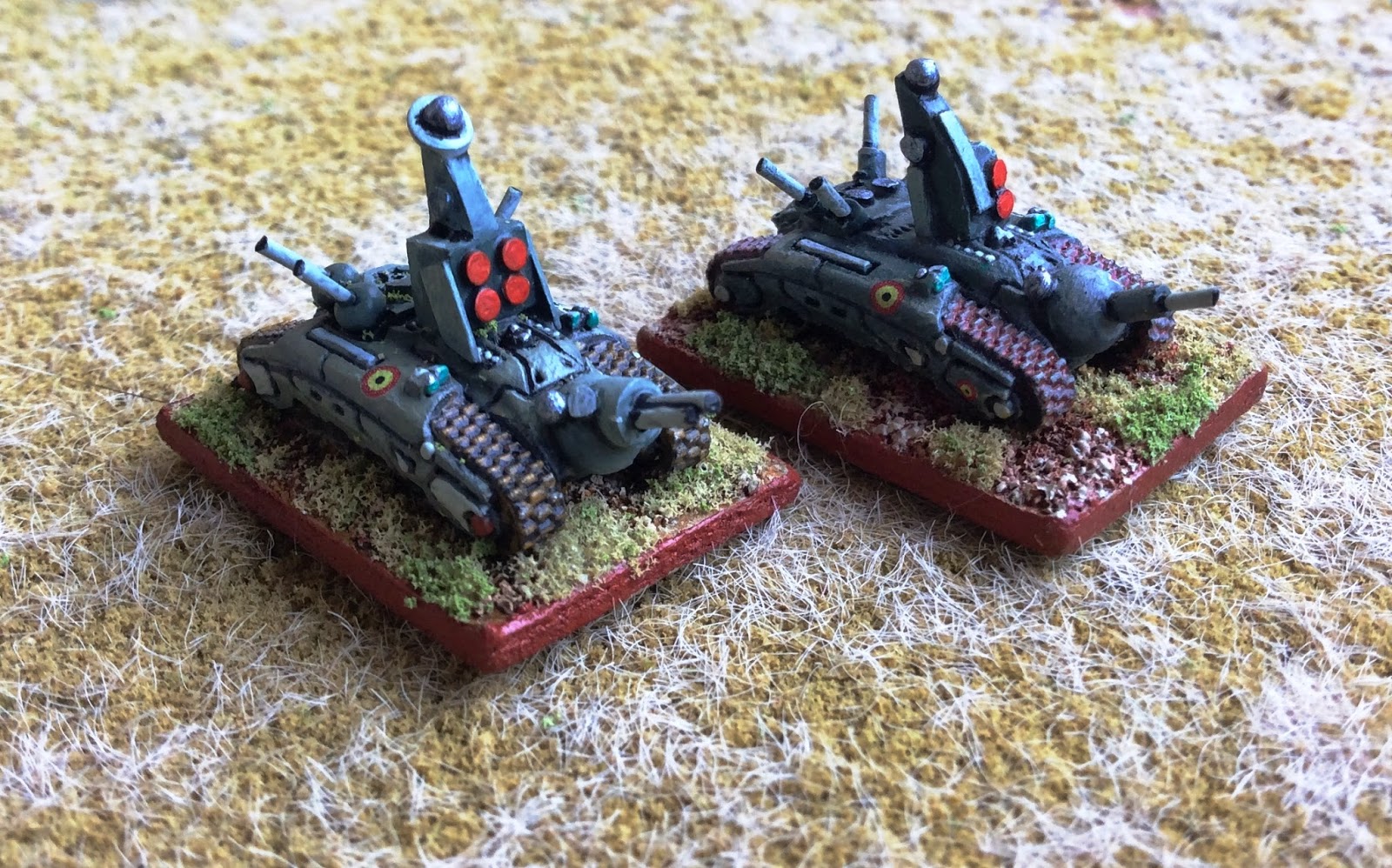 Above, you can see Mama together with her Mk III consort, "Nervous George".

The ogres are made from the chassis of 6mm Plasmablast Games Phestorm misile crawlers, with added plastic towers and greeblies. The missile launchers themselves are being repurposed into 3mm planetary defense installations.

Posted by Thaddeus Gregory Blanchette at 8:59 AM 3 comments: