Went I went up to London in August, I got bit by the Pike & Shotte bug. I desperately wanted to buy a Warlord's starter army, but when I realized the cost of it, and thought about the fact that it wouldn't give me even one third of one army... for a rules set and period I had vever before played.... in a scale I hardly ever play in (28mm).... Well, I had to admit that it was a Bad Idea.
When I got back to Brazil, however, the bug still hadn't went away. I REALLY wanted to try out Pike & Shotte, as I'd never played Renaissance before and it had always appealed to me.

But what to do now? I certainly couldn't justify spending 500 USD on a whim and there are, as of yet, no 3mm pike and shot armies. I guess I could try 2mm or 6mm... But what to do about the rules?

Then I found out two things:

1) Warlord Games is very sensibly selling a digital version of Pike & Shotte. Well, glory be! Mind you, I do think it is a bit expensive for what is essentially a PDF, but hey: it's cheaper than overseas mail, by a long shot! And i won't begrudge Warlord my hard earned reais they way I'd begrudge, oh, say, Games Workshop.

Well, that settled it.

For USD, I bought my Billy Bones figs and for another 50 USD, I bought a beige bedsheet and printed up masses of figures on thick manilla paper. I printed them out at half-scale, making them around 15mm (they are originally about 28mm). You can see the inital results, below: 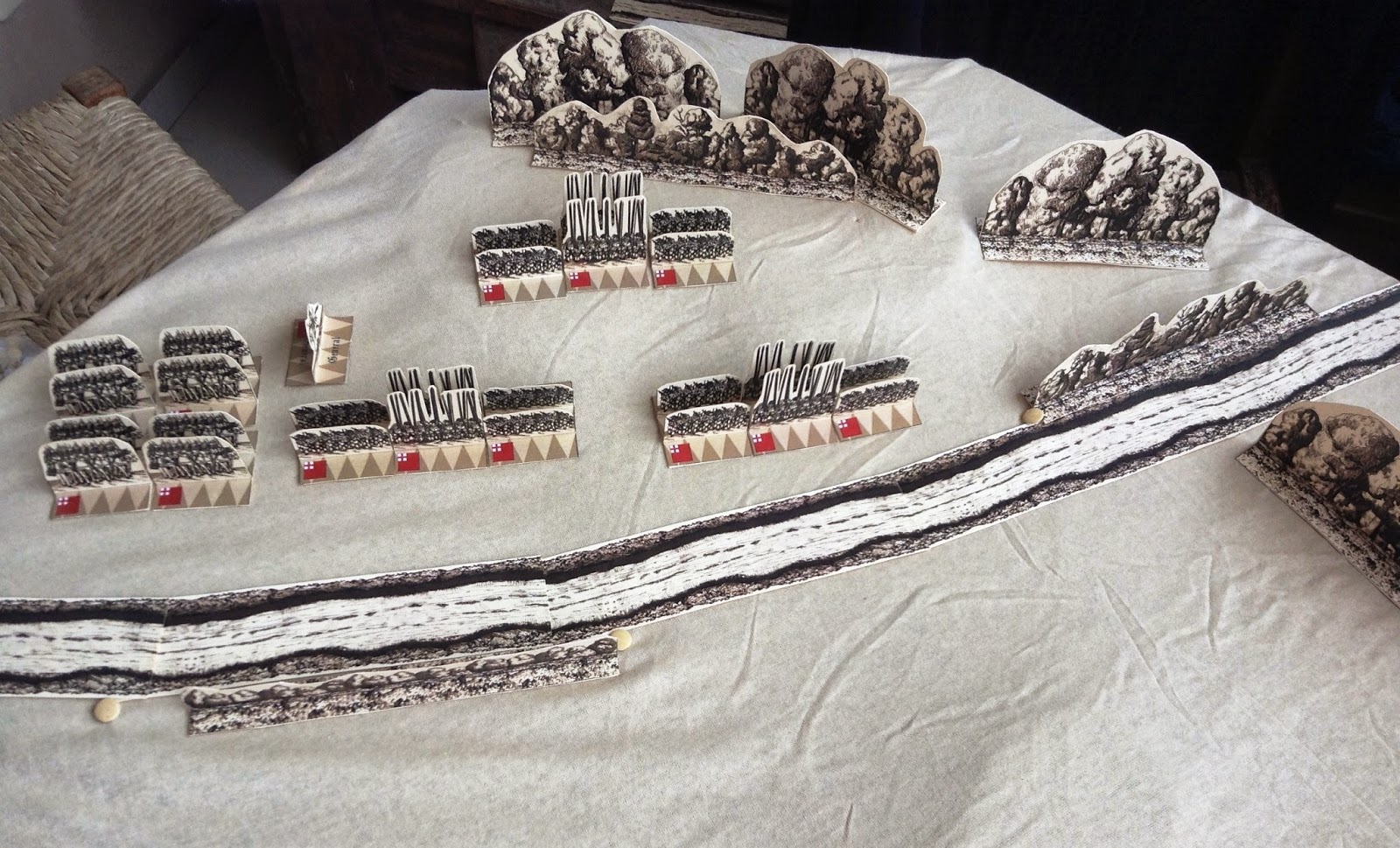 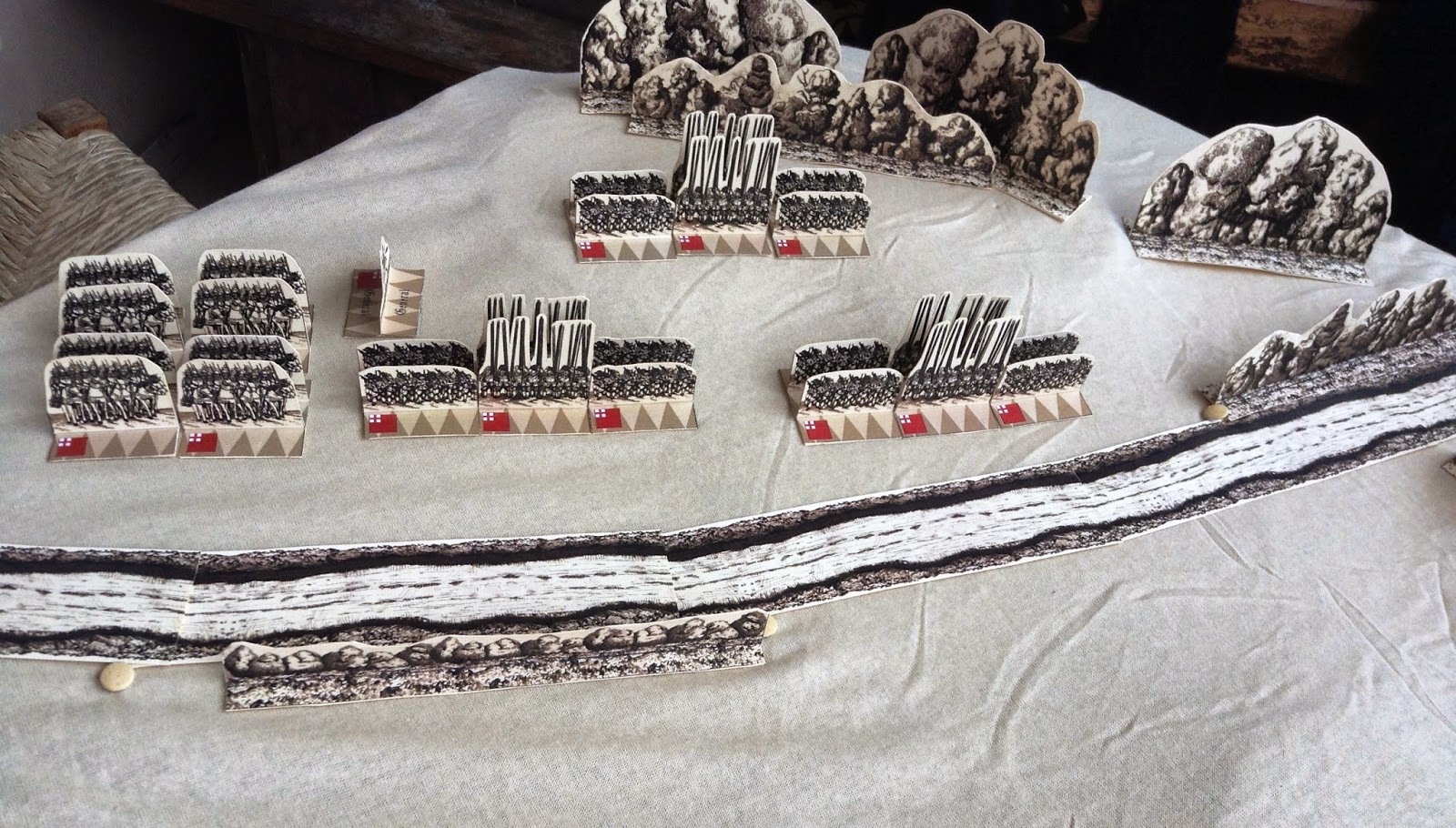 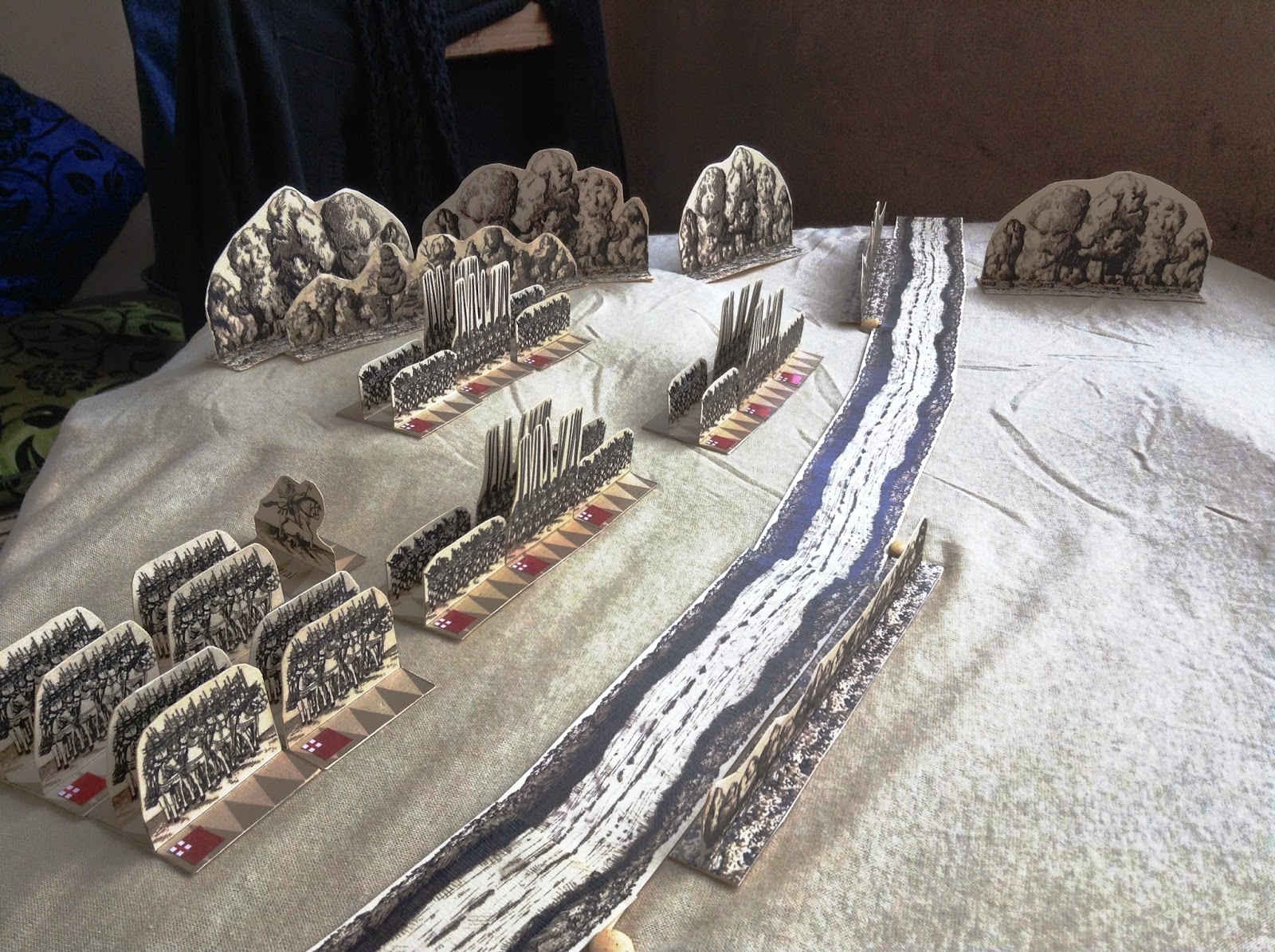 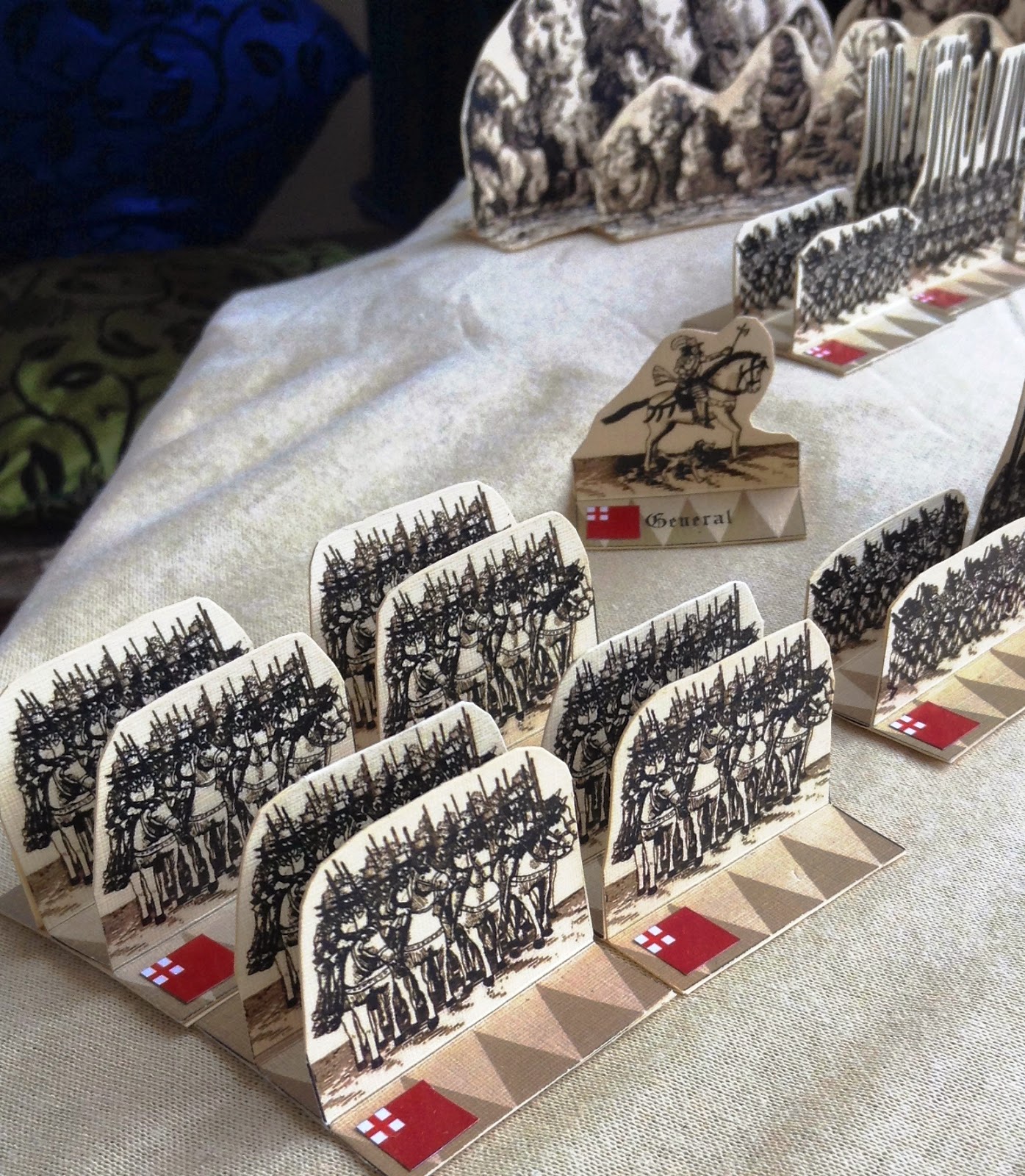 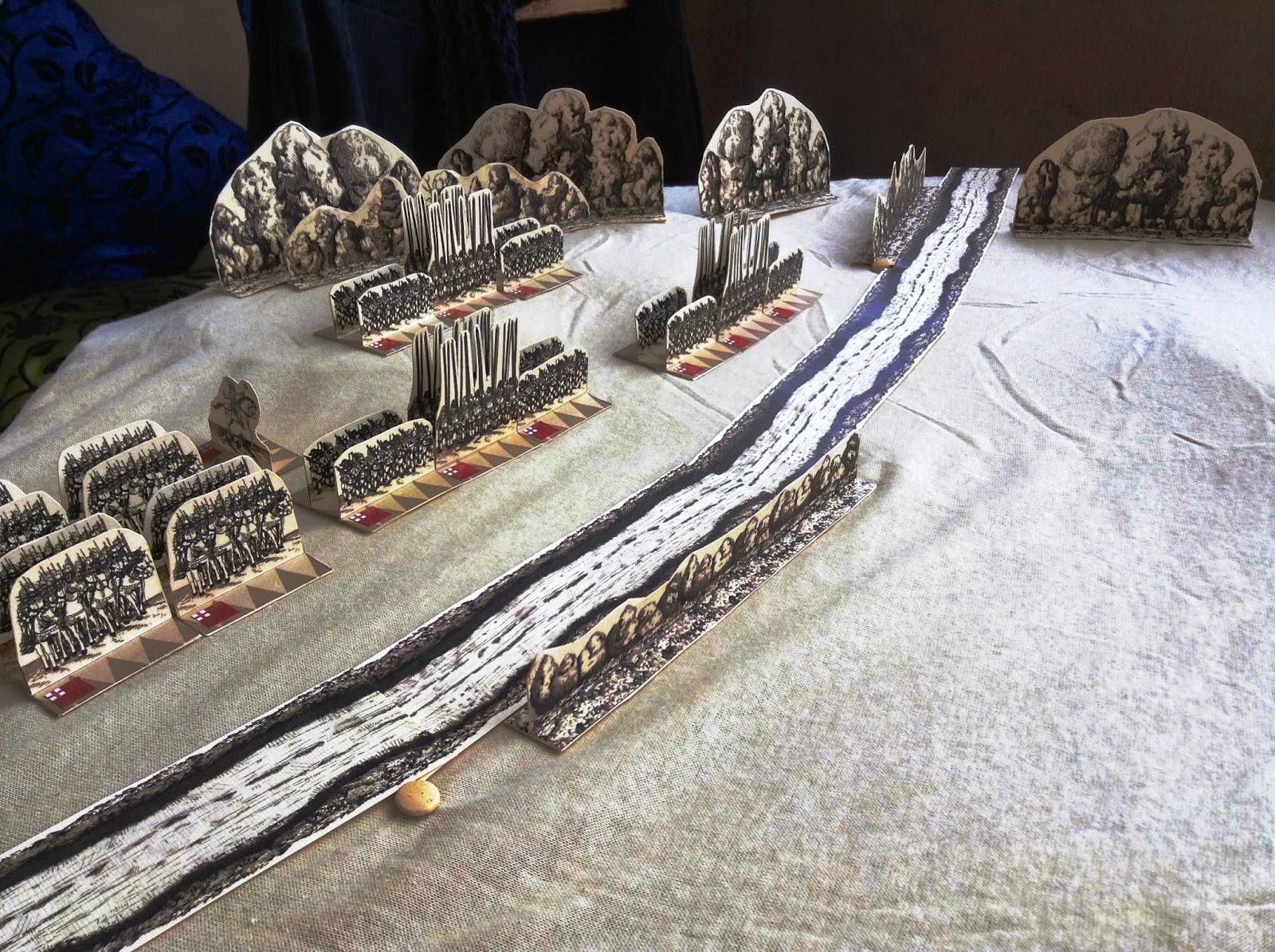 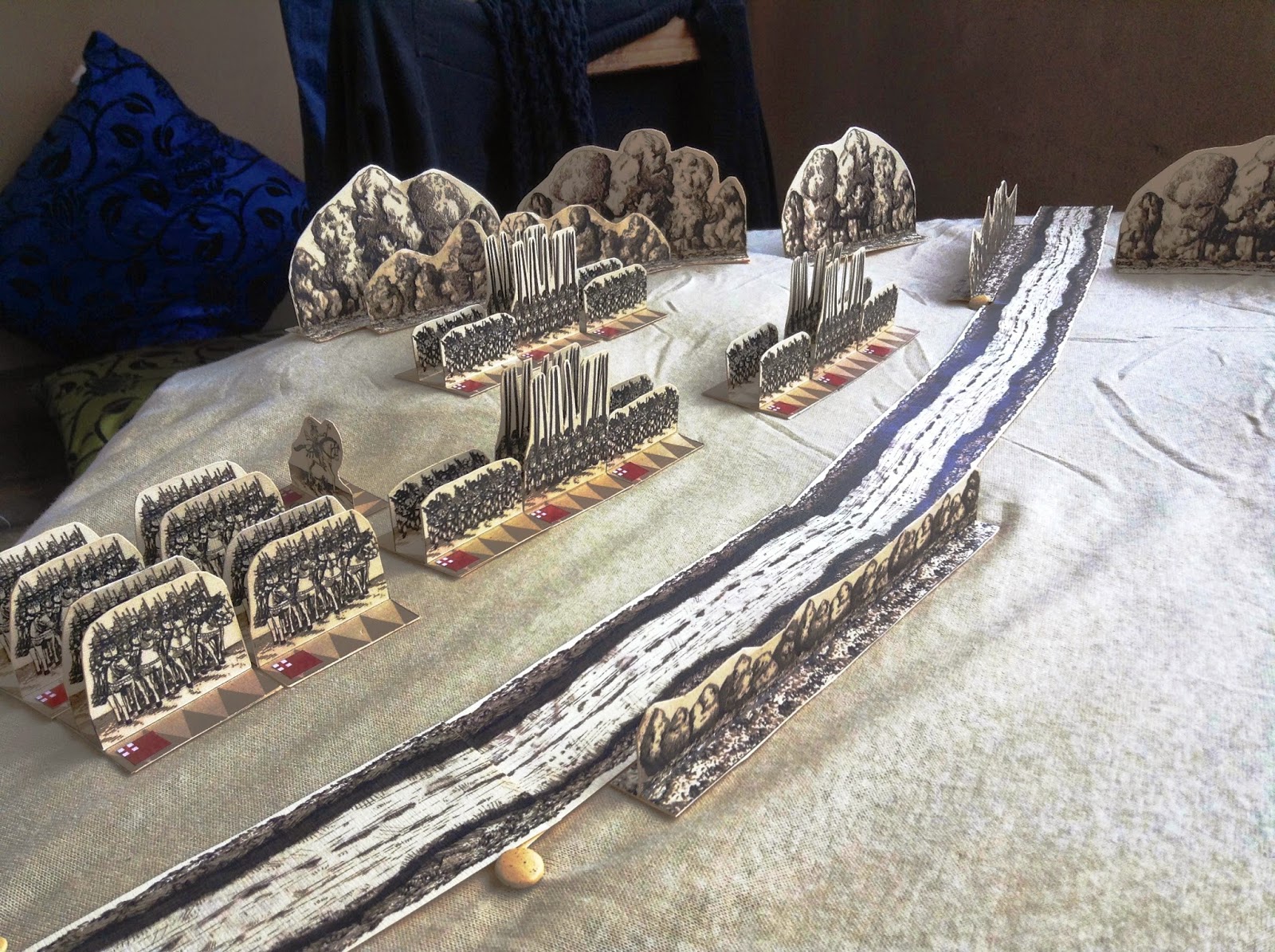 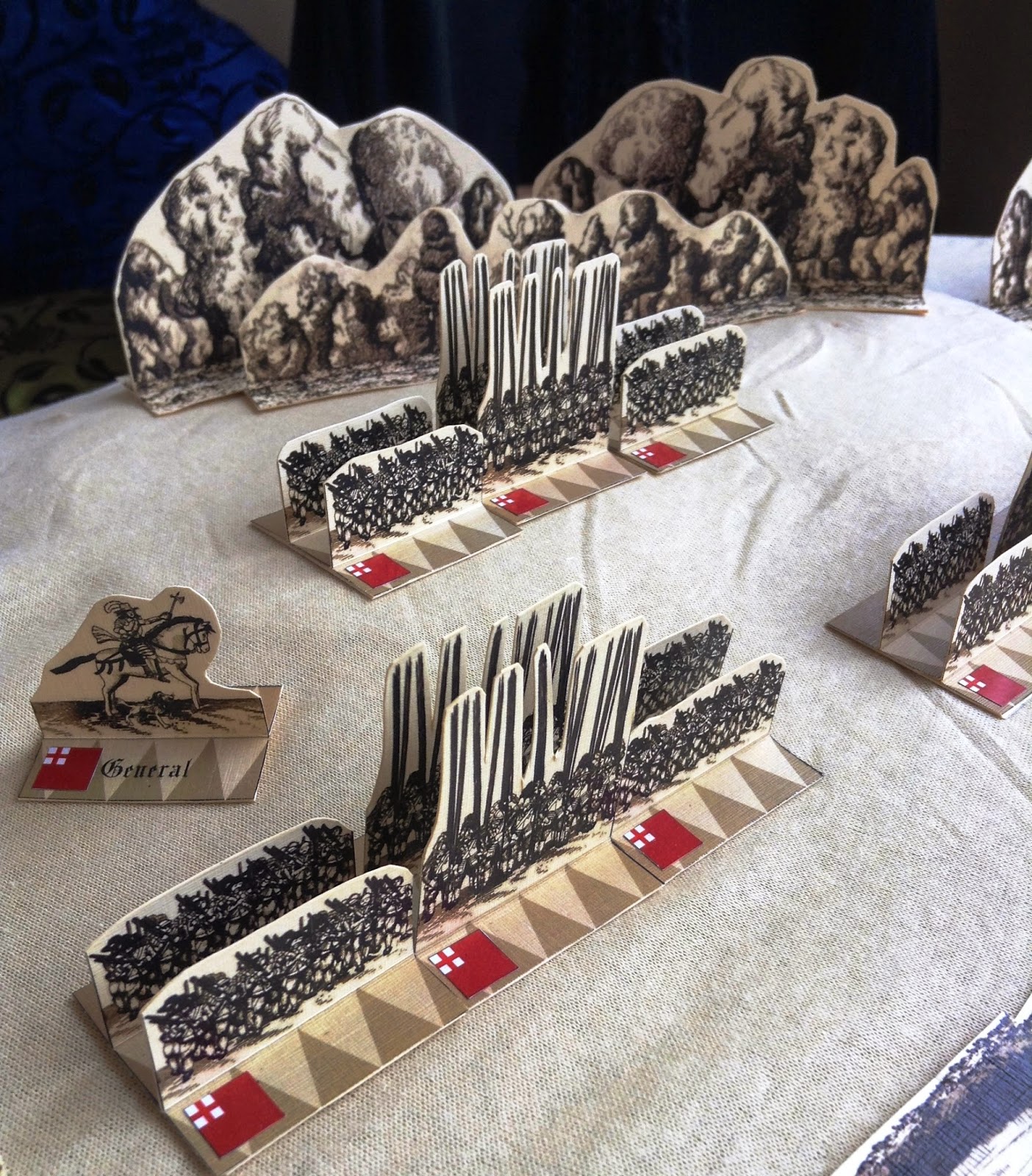 Posted by Thaddeus Gregory Blanchette at 7:39 AM