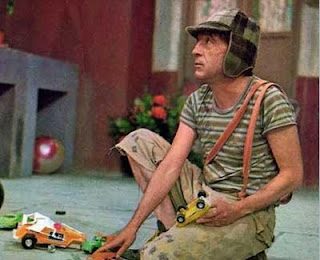 Hugo's proclamations provoked an enormous sense of blasé across the South American continent. Typical commentary by the man-in-the-street ran from "ROFL!" to "Wtf? Again?!" to "Will someone please shut Pineapple Boy up?" You can read more about the Chávez gang's plans for continental Armegeddon here. Meanwhile, the top news story in Brazil this Monday morning involves a young lady who was expulsed from her university for wearing a miniskirt. I shit you not.

If Venezuela and Colombia do go at it, the rest of us down here in Pindorama are going to be treated to the spectacle of two one-legged men engaged in an ass-kicking contest. However, you might want to game this pathetic conflict, and with that in mind, Lead Doesn't Bleed offers up the following for your delight and eduficamation... 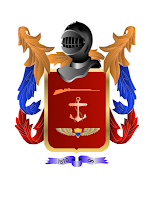 Colombia has an armed-forces amounting to something less than 300,000 men. Its army consists of the following units:

Here's a link to a relatively complete OoB for the Colombian National Army.

Colombia's land forces are so anemic that their main AFVs are light Brazilian armored cars built in the 1980s: EE-9 Cascavels and EE-11 Urutus. The army has 120 of the first vehicle, which is a 6x6 armored car armed with either a 37mm cannon (scrounged from old M5 Stuarts) or a 90mm cannon, and 100 of the second, a 6x6 machinegun-armed APC. Colombia also has some 130 M-113s and no tanks to speak of. None at all. 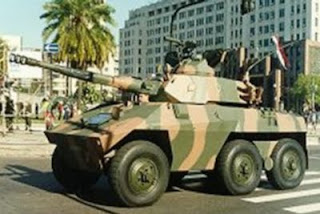 For army air support, colombia can field some 60 UH-1 and 30 Mi-7 transport and utility choppers. It also has 60 U.S.-supplied Blackhawks, however, giving it one of the most powerful attack helicopter forces in South America. (I know: that's not saying much.)

It doesn't take a genius to figure out that with 178 "teeth" battalions in its OoB and an army of 235,000 soldiers, most Colombian units are going to be drastically understrength, perhaps only existing as a cadre or on paper. As a guess - and given Colombia's recent military escapades, which are mostly anti-guerrilla in nature - most of the available active military forces are concentrated in the parachute, air-mobile, special forces and counterinsurgency battalions. Their armored cavalry units are probably relatively operational, given the fact that Urutus and Cascaveis are very easy AFVs to maintain and operate. I have my doubts about the M113s, however, which are probably very old.

In short, what Colombia's going to have on hand in case of war is a bunch of light infantry units backed up by a couple of battalions of very light, mobile armor. The Army's 60 Blackhawk helicopters and its highly trained Lanceros will definitely be the main elite units involved in any future conflict with Venezuela.

Colombia's air force has 25 Brazilian-made Super Tucano prop-driven light attack planes, 11 OV-10 Broncos, 9 A-37 Dragonflys and (ooh, cool) 6 C-47 Spooky gunships. For air superiority, they have some 16 Kfirs and 12 Mirage Vs, though I'd be very surprised if more than half of these fighters were operational. 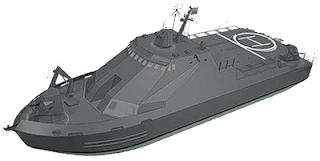 Like most South American militaries, the Colombian Armed Forces is made up of a mass of fairly inept, undertrained foot-sloggers, backed up by a handful of extremely professional veterans armed with modern weponry. Available munitions and supplies are likely quite low. In the (extremely unlikely) event of a long war, this force will be augmented by masses of hastily raised conscripts.

#1 Conscripts: may not use intiative to assault enemy. This should be the majority of Colombian infantry, especially the lightly-armed anti-insurgency and infrastructure defence forces.
#2 Units of the Rapid Deployment force, Airborne, Marines, most Special Forces and other regular units, especially those with recent combat experience.
#3 Elite: no command penalty for assaulting and +1 in close assault.
#4 Probably not many of these. 1 per 1000 points, perhaps.
#5 Maximum of one. Treat as attack helicopter.

Of course, the good ol` Yew Ess uv Ay has been looking for an excuse to bitch-slap Hugo Chávez for some time now. Given this, it's quite possible that a future war between Venezuela and Colombia would see ianqui military intervention on behalf of Colombia. I doubt very much that said intervention would involve large ground forces, but it would probably include air and naval support. If you want to play with this option, give Colombia automatic air superiority and allow them to buy air and naval support off the U.S. list.

Next up, Pineapple Boy's neo-Bolivaran forces...
Posted by Thaddeus Gregory Blanchette at 8:44 AM